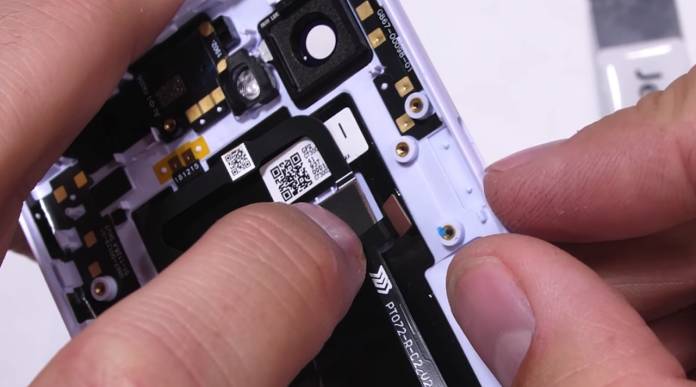 Exactly a month ago, we featured the Google Pixel 3a and Pixel 3a XL teardown analysis by IFIXIT. It’s just one teardown treatment and here is JerryRigEverything’s version. It’s more fun to watch a full video by Zack Nelson because he explains what we see with humor and in ways that can be easily understood. The new Pixel 3a is said to be repairable but you have to be careful with the thin ribbon cables that can be easily damaged.

As with most phones, a little heat and a pry tool do the trick in opening the Pixel 3a phone. The screen comes off but you need to be careful because it may break. It is suggested you start at the top. A simple card of paper or will help in opening the rest of the panel. You may add some heat to be sure.

Once opened, a single ribbon connector is shown. It goes through the mid-frame to the phone’s motherboard with only two 3t screws. Zack even said this could be the easiest screen replacement of the year.

Compared to Pixel 3, the Pixel 3a is more repairable. They may look alike but there are major differences.

The mid-frame easily pulls away for the body so you can clearly see what is inside. The layout is a bit different but less complicated. You can see the battery connector on the side, just near the side squeeze component.

The battery features a pull tab that protects the batt. It also means easier battery replacement. Near the headphone jack is a water damage indicator for the non-water resistant phone. The rear fingerprint scanner is connected via a ribbon cable.

The Google Pixel 3a’s camera is said to be the best in the market today for its price. It has a 12.2MP main shooter with optical image stabilization. There is no thermal paste or heat pipe on this plastic phone which is not exactly a good thing.

The phone is highly modular so if you’re the type of person who wants to keep using his phone as long as it still works or can be updated instead, you may consider the Pixel 3a.