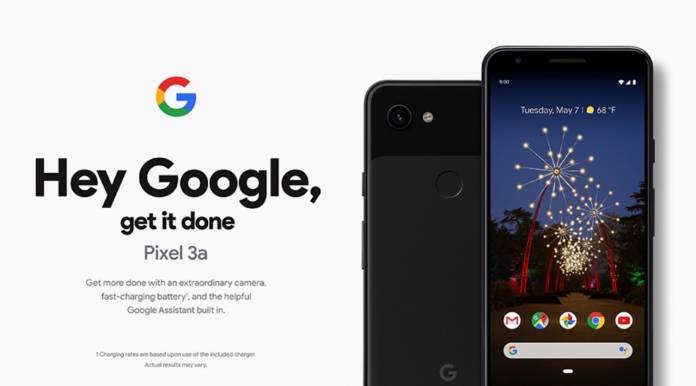 In a few days, we’ll finally see the next pair of Pixel phones. The Pixel 3a and Pixel 3a XL have been part of the rumor mill since last quarter. It’s the first time Google is launching new mobile devices in the middle of the year. These in-between phones are launching between the last Pixel 3 and the next-gen Pixel 4. Google must have a very good reason to make this bold step even if the Pixel 3 phones didn’t sell as much.

A video appeared on YouTube showing off the upcoming Pixel 3a. They are retail photos of the Pixel 3a. Brandon Lee of TechToday shared the exclusive images of the packaging and the specifications of the smartphone.

The source reveals the following specs: a 5.6-inch screen, 64GB or 128GB onboard storage, 1080p resolution, and a purple-ish color. The device appears to be a model meant for Canada.

It’s certain that Google will be rolling out the phone this May and an official date is known. Google will be launching the device on May 7 so save the date.

Another source has shared photos of the Pixel 3a and Pixel 3a XL. They match the previous leaks and they don’t really look different from the previous Pixel models.

Color options of the phones include Black, White, and Purple. We can expect a new camera system that also includes Night Side, Motion Autofocus, and Portrait Mode. Of course, Google Photos and Google Lens will be available as well.

Google promises three years of OS and security updates, fast charging, and Screen Call among others. The Pixel 3a will have a 5.6-inch screen while the Pixel 3a XL will have a 6-inch screen. Other specs include 4GB RAM, 8MP selfie cameras, 3000mAh and 3700mAh batteries, rear fingerprint scanners, and Active Edge sensors. Both phones will run Android 9.0 Pie. Prices may be around $399 and $479.