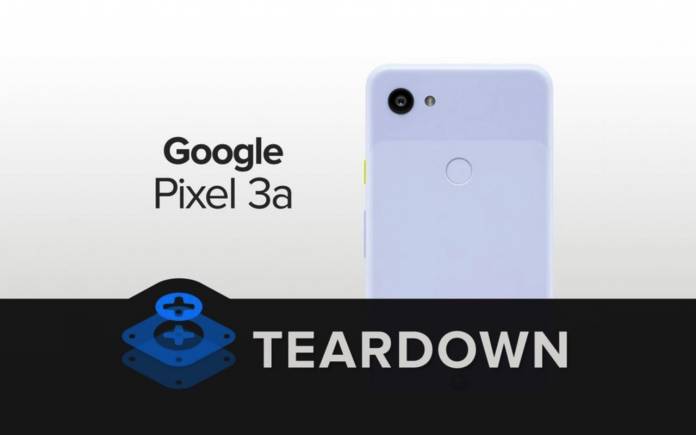 This happened earlier than expected. Of course, it ought to happen. It’s only a matter of time. The Google Pixel 3a and Pixel 3a XL were finally launched after months of being leaked and teased. Much has been said about the mid-range Pixel 3a duo and we believe this won’t be the last time. The Pixel 3a duo specs sheet and boxes appeared days before the official launch. They hit the Bluetooth SIG and rendered several times. Google has promised help would be on the way and the Pixel 3a pair has arrived.

We’ve got our quick hands-on experience but we have yet to review the phones. Cross your fingers there won’t be a major problem or issue, unlike the Pixel 3 and Pixel 3 XL.

The latest Pixel 3a phones each scored 6 on the Repairability Scale (10 being the highest). The result of the teardown tells us components are modular. They can be replaced easily as soon as you go past the display. The device is repair-friendly but there is too much glue. The battery is well-secured.

Further inside, you can see standard T3 Torx fasteners. They’re the only screws available. Be careful around the thin ribbon cables lest you want the phone damaged. They can tear easily so be really careful if you plan on using the Pixel 3a or Pixel 3a  XL for a long time.

Note that the IFixit teardown isn’t really a repair guide. You can check it out but a service manual for the Pixel 3a and Pixel 3a XL may be a better source.