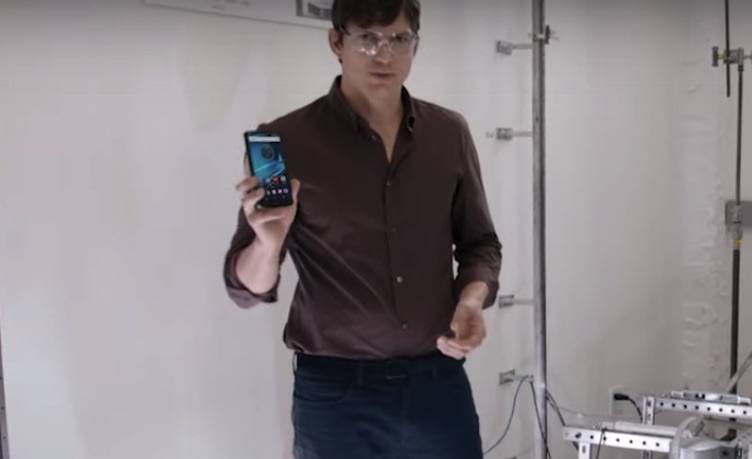 Ashton Kutcher, Michael Kelso of “That 70’s Show” aka Demi Moore’s ex-husband aka Mila Kunis’  current husband aka Steve Jobs on the movie “Jobs”, has teamed up with Motorola. That’s not exactly big news now because Kutcher has been working with Lenovo since October 2013. He was hired as Product Engineer more than a couple of years ago in case you’ve forgotten. Well, not as a real engineer developing hardware and products but more of an endorser. (Oh wait, he did help with the Yoga Tablet 2 Pro design.)

There’s not much new Lenovo products to promote aside from the Lenovo VIBE P1 Turbo, K5 Note, Lemon 3, A7000 Turbo, and Vibe K4 Note, and Vibe S1 Lite but the company’s acquisition of Motorola in 2014 means the parent company can do anything to the brand and to the people in its payroll.

Don’t fret. The Motorola brand is not going to be phased out as the company clarified but it will now be known as Moto. The Motorola group is part of the Lenovo smartphone business but as well all know, the name Motorola or Moto is more popular than its new owner. And so Ashton Kutcher advertising the Moto shouldn’t come as a surprise because he’s been working with the company already.

We’re not sure if we’ll still hear Kutcher mentioning the Lenovo brand or just the Moto from now on but either way, it’s cool and strange to watch the man who portrayed the late Apple CEO playing a non-iPhone device. (Sorry, he’s no longer Kelso but Steve Jobs to me. )

This is the first time that Moto under Lenovo is being endorsed by Ashton who is also known for being a venture capitalist who’s been investing in several tech startups. His strong presence in the social media is now put to good use by Lenovo and Motorola.

In a recent blog post at the Official Motorola Blog, Kutcher said that the “mobile phone” is stuck in a form that’s already useful and reliable but no longer innovative. Motorola wants to change all that by introducing new technologies.

Last year, the brand introduced the shatterproof display. It was explained in a video and the DROID Turbo 2 was proven to be really shatterproof. For this year, Kutcher promised he would be spending a lot of time at the Moto labs to see how they can still improve on the phone.