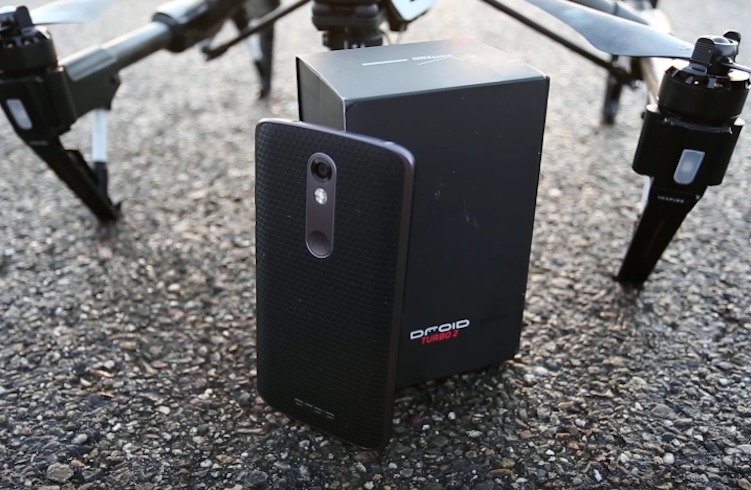 We’ve taken a quick break from watching drop tests because they can be stressful most of the time. The last we’ve featured was the series of drop tests by CNN Money  for the DROID Turbo 2 almost two months ago. The result? Phone survived with only a few dents and scratches. No doubt that the Motorola Droid Turbo 2 is shatterproof.

But what if the device is dropped from over 200 meters, will it survive? UnlockRiver.com did the unthinkable by putting the DROID Turbo 2 (aka the Moto X Force internationally) flying high. riding a drone. When it reached an altitude of 900 feet or 275 meters, phone was dropped.

Impossible! But yes, the Motorola DROID Turbo 2 is alive! That’s impressive considering the height was even higher than that nerve-wracking Samsung Galaxy S6 drop test which was only 50 feet. It seems that Motorola clearly has a winner in this DROID Turbo 2 for surviving with only a few scratches. It’s obvious that even the guys who challenged and tested the device were surprised with the result.

Does this mean the Motorola DROID Turbo 2 is the strongest smartphone in the world today? That’s possible. A drop from that height isn’t a normal circumstance but still, Motorola proved that they can still make a device that’s durable. We’re not surprised by Verizon chose to team with Motorola to make a Star Wars themed Droid Turbo 2 because it’s really tough.