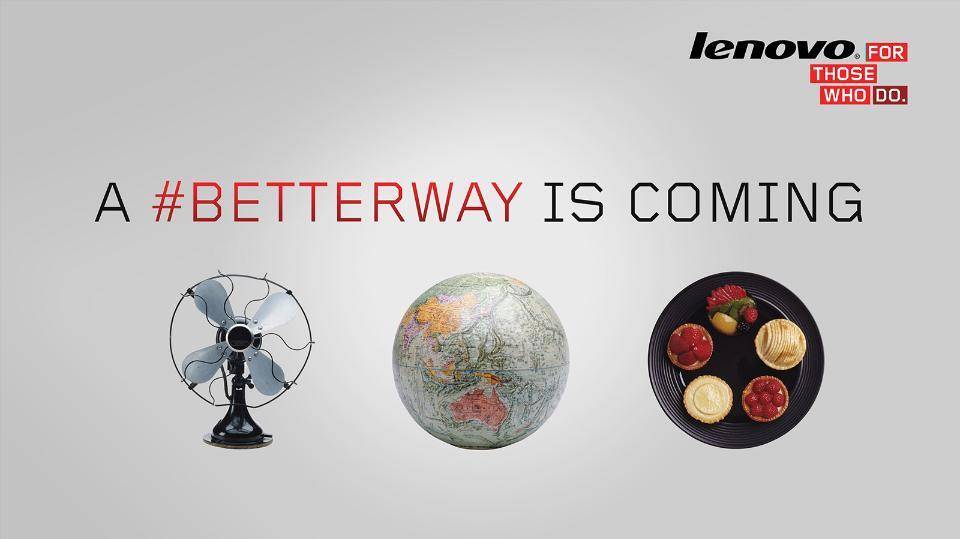 Lenovo is itching to share its latest innovations and it seems that it plans on making a big splash about it. The company, arguably the world’s leading PC maker, has just announced its upcoming press event to unveil its new products, and its bringing along a Hollywood star for the ride.

Lenovo started teasing its upcoming products last week via a #betterway hashtag and a series of YouTube videos. The videos exaggerate the desperate and sometimes quirky methods we employ to make our mobile devices, particularly our tablets, more usable. Lenovo is implying that it has developed innovative products that provide better ways to deal with those situations.

The company has chosen to hold its unveiling at the YouTube LA Space, the new spot Google has established for YouTube creators. Lenovo will be livestreaming the event for the whole world to see on October 29 at 7:00 p.m. PT. Aside from a live musical performance by indie duo Hunter Hunted, the company has also enlisted the help of Ashton Kutcher, probably in an attempt to draw in a bigger crowd. It will probably be a bit strange to see someone who recently portrayed Steve Jobs hosting a Lenovo event.

Judging from the teasers, we could be seeing some new tablets, or maybe some tablet accessories that attempt to resolve the supposed problems portrayed in the videos. In any case, we’ll no more soon enough tomorrow what Lenovo has been cooking behind closed doors.