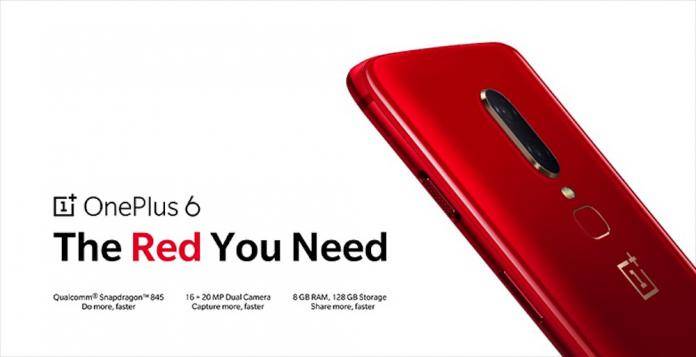 The OnePlus 6 appears to be a success after selling one million units in 22 days. We know the number has already gone up since two weeks ago and we’re interested to see how many hundreds of thousands (or even millions) will be added once the OnePlus 6 Red is ready. The new color is a special edition model that will definitely remind you of the OnePlus 5T Lava Red. We’re not sure how many red shades are there on the color wheel but we welcome any red gadget.

The OnePlus 6 Red phone is ideal for those who are living large with personality and enthusiasm for life. As the color red represents courage and inner confidence, this red model also shows power. Roll-out is this summer so we’re expecting it will be the “hottest” summer to date for OnePlus. The company has been seeing success so far this year and we’re crossing our fingers it will continue to do well in the mobile business further outside China and the United States.

OnePlus has been careful in introducing new color variants. You won’t find a bright pink or any pastel-colored model because the company has been “relatively restrained”. There’s only the OnePlus 6 Silk White limited edition revealed last month, as well as, the OnePlus 6 Avengers Infinity War Edition. The designers are called to comply with the brand’s burden-less approach to product philosophy so it’s not as assertive. The red color is already “shocking” but something that most people will want.

According to OnePlus CEO Pete Lau, the “color must be able to stand up to their product philosophy”. The Red color here is one perfect example. The Lava Red of the OnePlus 5T was special as a fourth-anniversary edition. It was “cooling-lava” inspired. 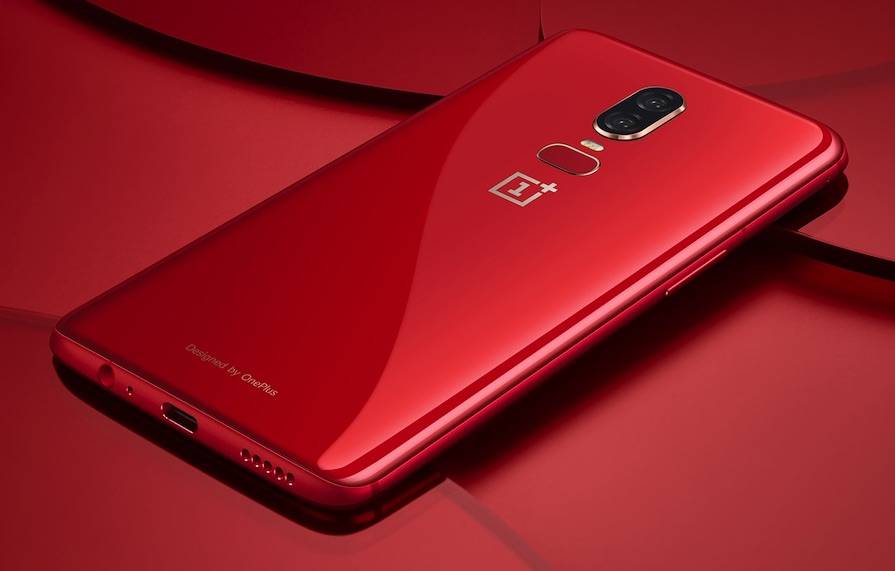 As for the red OnePlus 6, this one doesn’t just show attitude and strength. It can show humility and elegance—-something that OnePlus wants to show to the world about its products and industrial design. It looks passionate, not too bright but with clear quality and appeal that will last.

The OnePlus team explains how the red color was achieved. There’s the combination of metallic red shimmer with the red fingerprint sensor. Around the camera is a silver accent on the rear that actually has six panels of glass with an additional anti-reflective layer. To achieve that glossy and radiant red, OnePlus intermixed a red base layer and a translucent orange layer.

The limited color edition OnePlus 6 Red will be out in North America and Europe. It will come with 8GB of RAM and 128GB of onboard storage. That’s the premium variant with a price tag that reads $579. You can order directly from the OnePlus website (OnePlus.com) starting July 10.

To review the specs of the OnePlus 6, the phone comes equipped with the following: a 6.28-inch Samsung AMOLED display, Corning Gorilla Glass 5, 2280 × 1080 pixel resolution, notched design, Qualcomm Snapdragon 845 processor, and a 3300mAh battery. There’s no wireless charging even if the smartphone uses a glass back with Nanotech coating. The Android phone already boasts water-resistance.

If you’re not yet convinced why you should buy the OnePlus 6, here are six reasons. Learn how it stands out from other 2018 flagships and watch how it survived a durability test.