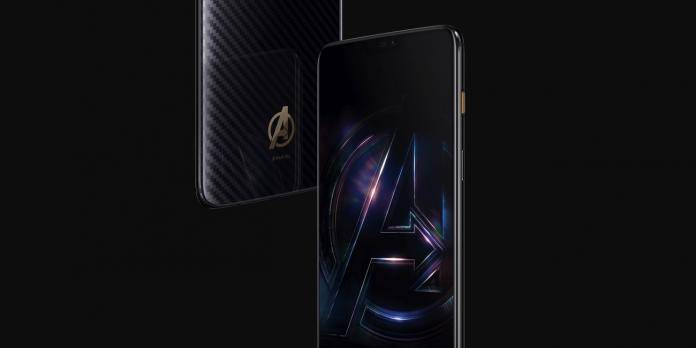 The hype for the ‘Avengers Infinity War’ movie is slowly going down but for OnePlus fans, the fun will start again as the OnePlus 6 Marvel Avengers special edition has just launched after weeks of anticipation. The Marvel-themed OnePlus 6 was announced for India. We’re also certain now the OnePlus 6 Infinity War Edition is coming to the UK. Comic geeks will love this edition that offers “Infinite Power. In your hands.” After several teasers, D-Day has arrived for the Avengers phone to be shown off.

Nothing has changed on the major specs but this one is ready with the highest and most expensive configurations with the 8GB RAM and 256GB built-in storage. What’s changed is the build of the phone that now boasts a carbon-textured back. A gold Avengers logo is found at the bottom part of the rear panel. Notice the alert slider now matches the new design. 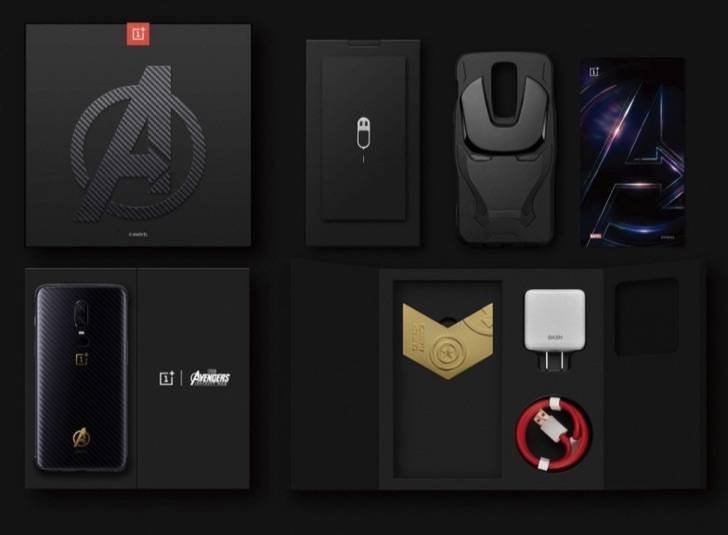 If the changes are not enough to convince the geek in you, then may the special phone case shaped as Iron Man’s helmet will. There’s also a metal souvenir that shows logos of different Avengers. You may be wondering if it’s pricey–not exactly–it costs CNY 4,199 which is around $660.

No information on release dates of the OnePlus 6 Avengers Infinity War Edition but we’ll let you know soon.