We just said that the Samsung Gear S3 is getting new apps, functions, and features. It’s not Android Wear 2.0-powered but the Tizen OS-run smartwatch is loaded with LTE which means it can be used to make calls and send messages directly from the device. The 4G LTE on the Gear S3 Classic now allows users to communicate, pay, and navigate.

Major mobile carriers in the United States like Verizon, T-Mobile, and AT&t will release the smartwatch in the coming weeks. We’re assuming this one will rival the slew of new models recently unveiled by the Fossil Group, the Limited Edition Casio Pro Trek Smart WSD-F20S, and the soon-to-be-announced ZTE Quartz. There are even more new wearables from HTC, Guess, Swatch, and Montblanc.

The classic model of the Gear S3 is ideal for those who want a simple and no-nonsense device that can do the job done. It is classic and luxurious, making it perfect for the minimalist techies who desire great form and function. It still boasts of military-grade durability and IP68-water resistance.

The Gear S3 classic is getting the LTE connectivity so users can be connected on-the-go all the time. No need to bring your smartphone with you because the smartwatch will be enough. Mobile carriers can also allow you to use the same number on your smartphone and smartwatch so you can be reached anytime, anywhere with just one number.

With the Samsung Galaxy Gear S3 Classic with LTE, you can also enjoy GPS functionality, health and fitness tracking, Alti-barometer and Speedometer for weather tracking, Reminders, notifications, and Samsung Pay for quick and cashless shopping. As with other Galaxy devices, the Gear S3 Classic LTE also takes advantage of the Samsung Knox for improved security. No information on pricing and exact availability yet but w’ll let you know soon. 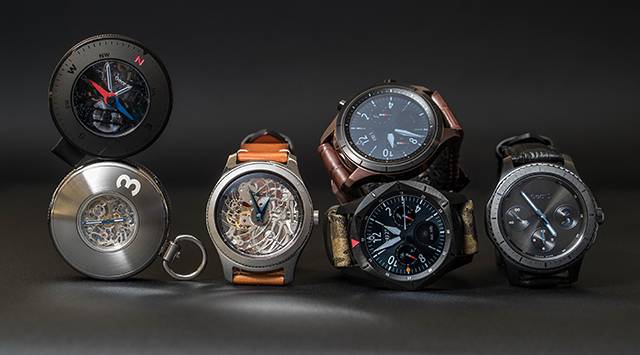 We don’t have details on the pricing and if there are added specs but it’s exciting to know Samsung is going another direction in the smartwatch game.