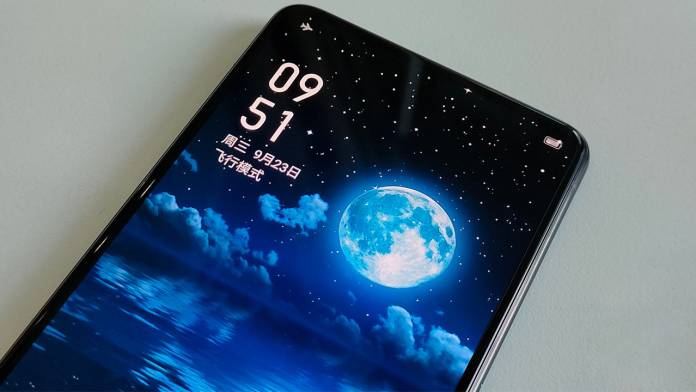 The next avenue is phone screen technology is the under-display camera tech which most of the OEM’s are going after. ZTE was the first one to bring the commercial iteration of this display tech with the ZTE Axon 20 smartphone. Other brands like Xiaomi also hinted their third-generation under-display camera technology which is expected to come in a phone early next year. Likewise, Honor and OPPO are also chasing this lucrative tech as they are working on the developments.

Another Chinese OEM joining the list is Realme that has a similar smartphone under works and it just got teased on Weibo. Relame Vice President Xu Qi Chase took to the platform with a photo of an unnamed device that has a hole-punch or notch-free display. Though there was no direct information that it is an under-display camera phone, the comments in the post thread by the executive confirmed that there is no pop-up camera either.

This leads us to only one conclusion – the mystery phone has an under-display camera. It makes even more sense since Realme CEO Madhav Sheth has already said that incorporating pop-up camera with the 5G module is not a practical option. The thickness of the module either demands a compromise on the battery size or the exclusion of pop-up camera. So, the logical conclusion is that the phone doesn’t have pop-up selfie cam.

The phone looks in good shape and a final product of sorts. This means the phone is going to see daylight now that it has been officially teased in a photo. The race for the best under-display camera technology is heating up and by next year it looks to be the norm for smartphones. So, better watch out for these phones in the coming months and of course the Realme device too!