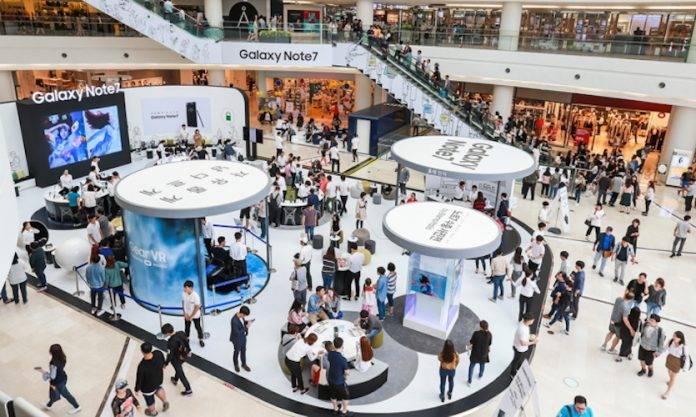 Samsung isn’t losing hope. No, it never will. It will continue to fight and sell the Note 7 until a new Galaxy S or Note arrives. Despite the challenges it’s facing, Samsung has resumed sales of the Note 7 in South Korea. Europe will follow on October 28. Since the recall was announced, over a million new Note 7 units–about half–now have safe batteries.

The company said most Galaxy Note 7 owners remain loyal to Samsung. Unfortunately, there are still new complaints being received. Samsung may still have problems with new units. There have been reports of new explosions although we have a feeling those are just isolated cases now.

Over the weekend in South Korea, experience zones were opened in several locations so people can test the Note 7 phones for themselves before purchase. Samsung is proud to share that crowds of people came to test the unit plus other products. Right then and there, some Note 7 users were able to replace their phones.

If you have an old Note 7 and you haven’t received your replacement yet, you can get the software updates first. Important changes include the addition of the green battery icon on the status bar, Powe Off prompt screen, and the Always On Display. There’s also the square symbol on the label of the Note 7’s packaging.

Samsung wants you to know it is now safe to buy the Note 7. Just make sure you get the unit from official retailers and carriers so you know the phone already has the new, non-exploding battery.