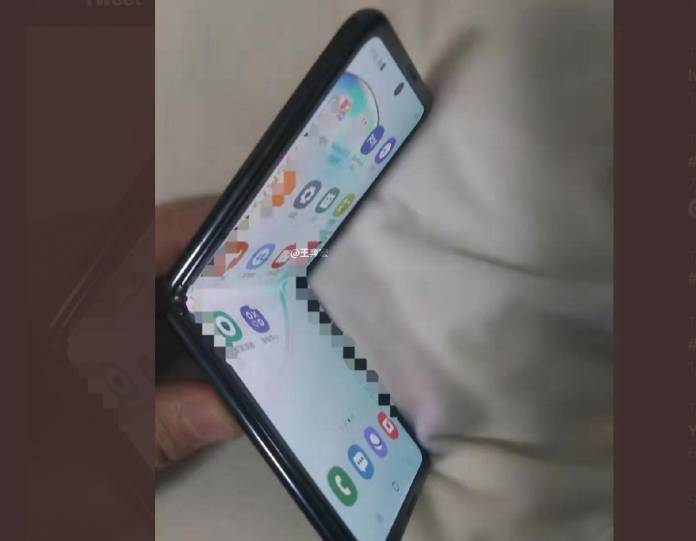 The Samsung Galaxy Fold may have finally been released after numerous missteps and delays but we still have a far from perfect foldable display device. It wasn’t as durable as they expected and some have said one of the reasons is because they chose to use a plastic layer on top. Now there are rumors that they have finally learned from that mistake and that the upcoming Galaxy Fold 2 will have an ultra-thin glass cover when it launches in February 2020.

Well-known and reliable leaker Ice Universe shared that the Galaxy Fold 2 will have an ultra-thin glass cover as compared to the plastic layer that the current one has. This also tracks with an earlier leak from ETNews saying that Samsung will be using a flexible ultra-thin glass (UTG) for its upcoming devices and will let go of the transparent polymide solution that they used with the Galaxy Fold and which has led to some of that device’s problems.

It can be confirmed that the Galaxy Fold2 leaked not long ago will use an ultra-thin glass cover for the first time in the world, replacing plastic materials. The screen looks flatter and has less wrinkles. In fact, this is the correct cover material for foldable phones. pic.twitter.com/BS73BCsA4N

But according to SAM Mobile, using a glass cover will still not solve the durability issue which early Fold users were complaining about. What it will do is reduce the crease where it folds but using glass may actually make it even more fragile. And another thing to consider is that this material will be much more expensive if mass-produced. So while the leaks may have been true at some point, Samsung may also change their mind eventually, at least until we get better alternative displays.

The Galaxy Fold 2 will reportedly be unveiled or at least announced together with their next flagship device, the Samsung Galaxy S11. This will supposedly happen in February 2020, probably right before the Mobile World Congress in Barcelona. Samsung has the habit of doing their own thing right before the trade show officially starts. The foldable display device may go for a vertically folding design and will hopefully be more affordable as well.

Of course these are all just rumors and leaks for now and we’ll probably hear more about the Galaxy Fold 2 as well as the Galaxy S11 over the next few months. We’ll keep you updated on all the things that will be announced and released soon.