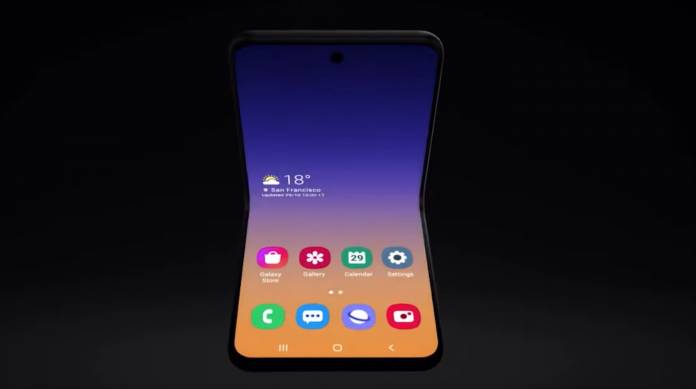 If you were not convinced with the first foldable display that Samsung brought to the market, with all its delays and issues, then you might be forgiven for not being all that excited about the upcoming Galaxy Fold 2. But there’s still a certain level of excitement for the second-generation device and so we’re slowly hearing some tidbit about it, although not much concrete details. The latest rumor is something more aesthetic than functional as we can expect it to have leather cover options.

It’s not the most exciting of news of course but if you care about making your clamshell device look more classy, then a leather cover is one way to go. Samsung also sold a leather cover for the original Galaxy Fold, made from original Italian leather and costing around $129.99. This time around, for the Galaxy Fold 2, you can expect the same price range. SAM Mobile says it may come in black and silver colors, to complement the reported black, white, and purple options of the upcoming smartphone.

Other than that, we don’t know much about the specs of the Galaxy Fold 2. What we’re hearing is that the internal foldable display will be between 6.7-6.9 inches. It may also have a tiny cover display to show off things like time, date, and battery level. Early rumors said it might have a glass cover instead of the plastic one of the first version, but that may not happen as using that material may make the device more fragile.

It is also expected to be more affordable than the Galaxy Fold and will cost under $1,000, making it possibly the first mass-market foldable smartphone. So the aforementioned glass cover may not be feasible as using ultra-thin glass will make manufacturing it more expensive.

As to when the official announcement will be, there is still no confirmed date. But rumor has it that it will be unveiled alongside the Samsung Galaxy S11 and that is expected to happen this February 11. Hopefully, we get more substantial rumors and leaks by January.