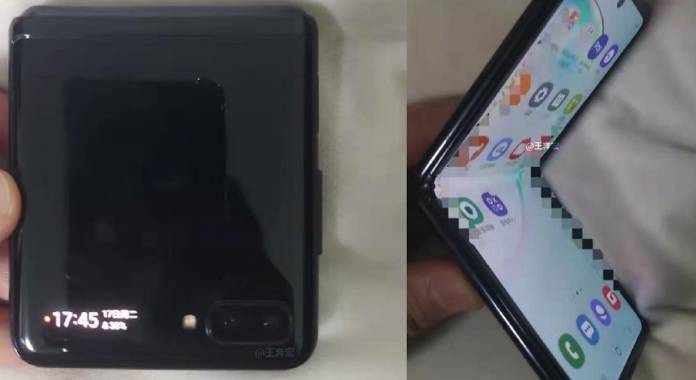 This could be the next Samsung Galaxy Fold. We’ve been anticipating the next-gen foldable phone from Samsung and it seems more information and images will be shared over the coming months. The original and redesigned Galaxy Fold hasn’t hit one million sales yet but Samsung has big plans for the foldable phone series. It was mentioned there may be two variants to be introduced: one more affordable and the other premium. One model is also said to come with a hideaway hinge which we are assuming will be something like the newly announced Motorola RAZR foldable-clamshell phone.

A foldable phone more similar to the new-gen MOTO Razr can be something easier to market and sell. We like the new RAZR because it is more compact. Motorola surprised the mobile industry with the said device although it has yet to prove something yet.

So far, we know the Samsung Galaxy Fold 2 will be more affordable. It will also support DeX and PlayGalaxy Link and may arrive in a clamshell foldabl design.

Samsung is expected to increase the Galaxy Fold sales target by next year so hopefully, a more affordable phone may make people buy. We’re looking forward to changes like that new display technology. Early renders have been shown off so we pretty have an idea although the new set posted on Weibo is more believable.

The phone above looks more compact. It’s something that can directly rival the Motorola RAZR foldable smartphone. The phone is tall and folds horizontally. This is something that’s more sellable because it easily fits the pocket compared to the larger Galaxy Fold.