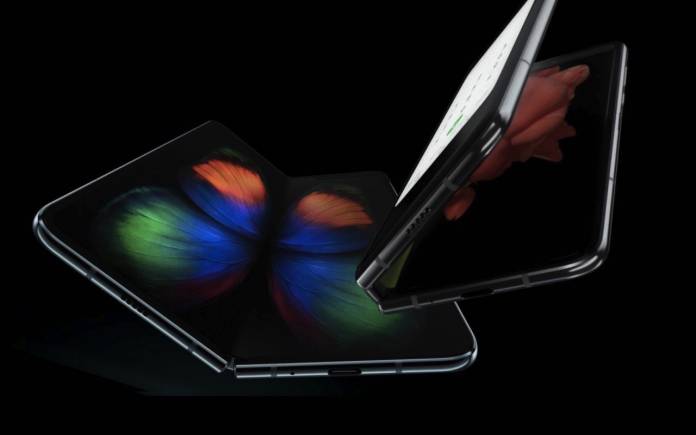 The Samsung Galaxy Fold will have a follow-up. Details are scarce but we have several speculations. Early renders were shown off. We learned next-gen Galaxy Fold may turn into a smaller and more compact square form. It may also use a different display technology. Samsung is also believed to be increasing the Galaxy Fold sales target by next year. It appears 2020 will be an exciting year because of the improvements in mobile tech. We can look forward to bigger but more durable screens if we’re talking about the foldable phone segment.

Samsung is said to be launching two new foldable models. LG may also present its first foldable phone. Other OEMs are also expected to follow.

We believe Samsung isn’t done with the foldable phone category. What’s interesting is this information: the price of the upcoming Galaxy Fold 2 will only be $845 (1 million won)–almost half of the price of original Galaxy Fold. There may be two so we’re assuming the other one will remain at a premium level.

Samsung is said to be working on a clamshell design that may be more similar to the Motorola RAZR. It could also be revealed together with the Samsung Galaxy S11 series. The next foldable phone may be out in August which maybe around the same time as the Galaxy Note 11’s launch.

With a sub $1,000 Galaxy Fold, Samsung may start the “affordable” foldable phone market. It sounds ambitious but we know it’s possible. Samsung is also planning to expand to more regions by bringing the Galaxy Fold to New Zealand, Vietnam, Chile, Brazil, Greece, Italy, and the Netherlands. This move may help the company sell some six million foldables in 2020.

How can the next Galaxy Fold be below $1,000? It’s simple. Make the components simpler or lower-specced. The Galaxy Fold 2 is said to have one of the two batteries smaller with only 900mAh capacity. Now that is really small but for a reason.

This information was sighted on SafetyKorea database. A battery with model no EB-BF701ABY is believed to be from Samsung SDI. It may be helpful to come up with a smaller and less inexpensive Galaxy Fold so we’ll see.