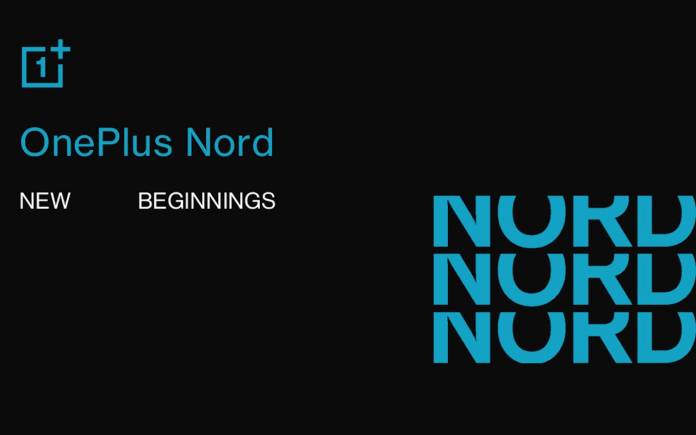 It’s official. The name OnePlus Nord will be the new mid-ranger from the Chinese OEM that doesn’t really settle. An official OnePlus.Nord account was discovered on Instagram. It’s an introduction to the new OnePlus phone that is expected by the company to be a bestseller. It was a long video that is more of a look back into the history of OnePlus and how it is ready for ‘New Beginnings’. It’s a new season for most people and brands and OnePlus is presenting what can be looked forward to.

OnePlus wants “great mobile tech accessible to everyone”. It’s what they’ve been trying to offer the past years starting with the OnePlus One. Of course, that can be argued but we respect OnePlus for its professionalism.

The big announcement has yet to be made. The company just confirmed that it’s not the OnePlus Z but the OnePlus Nord.

It’s the Nord. Pre-orders for the new OnePlus phone is beginning soon. The pre-order page is HERE and will be accessible to everyone later at 9AM BST/ 10AM CEST/ 11AM EEST.

OnePlus says it is ‘first come, first served’. Check out the page regularly to become one of the first OnePlus Nord customers. We’ve shared with you what we know so far. It will boast dual 32MP plus 8MP selfie shooters among others.

[Turn on sound🎧🎵] We thought about making great mobile tech accessible to everyone. So we made it. Again. And we got it all on film. 🎥 Watch New Beginnings Episode 1 right here on IGTV. #OnePlusNord #NewBeginnings

The new OnePlus smartphone series will roll out soon with a Qualcomm Snapdragon 765 chipset with 5G, in-display fingerprint sensor, Always-On Display, and a 4300mAh battery with 30W fast charging support. The phone may also include the new OnePlus Launcher v4.5. The phone is expected to run Android 11 Beta out of the box. A mid-range price is also expected at around ₹24,990 ($330).