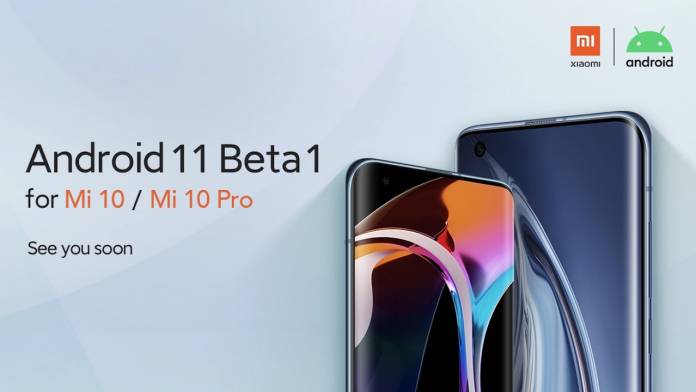 Xiaomi’s MIUI account on Twitter shared the good news that Android 11 Beta will be ready for its latest flagship phones–the Mi 10 and the Mi 10 Pro. Other Xiaomi phones are expected to receive the same in the near future.

Xiaomi’s sub-brand, POCO, which is now its own company, also shared the same thing: Android 11 Beta 1 is coming soon to POCO F2 Pro. Interestingly, Poco still refers to @miuirom when we thought the POCO brand is now independent of Xiaomi.

As for OnePlus, the Chinese company shared the good news that the first Android 11 Beta part of the Developer Preview Program for the OnePlus 8 series is ready. This means OnePlus has early access to Android 11. It’s not yet perfect but at least phone owners and app developers can test the new version and help in making sure it’s ready for wider public release.

The early stage of Android 11 for the OnePlus 8 and OnePlus 8 Pro is a big step so other OnePlus models can get the same. The ROM is ready only for those who have advanced knowledge of the system. As we always say, do things at your own risk.

Some issues that may be encountered when you flash this: data will be cleared, Face unlock will be unavailable, Google Assistant (“OK Google”) and video calling won’t work, and certain UI screens may look less than desirable. You may notice some system stability issues. Some apps may also not function as expected.