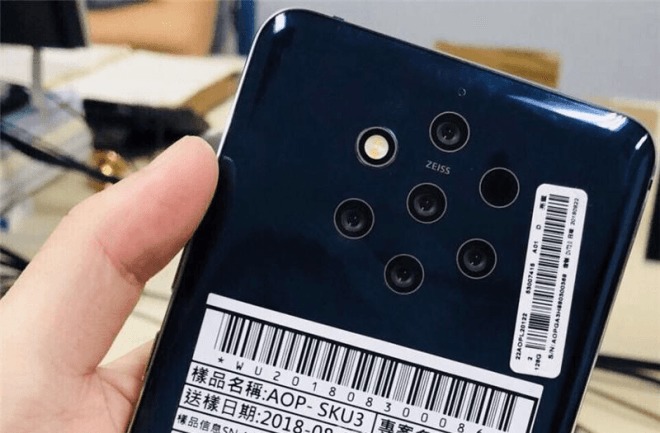 HMD Global has been prolific the past couple of years in rolling out new smartphones. We’ve seen over a dozen but there is no premium phone offering yet that we deem worthy of our hard-earned money. We like the Nokia 8 but we’re told the Nokia 9 will be more powerful with its PureView camera technology and hear this–five lenses. We know dual, triple, and quad cameras but five is a lot. Nokia is proving to be “trigger happy” with the new camera setup we’re not sure how they will work together.

In the first half of 2019, we’re expecting the Nokia 9 will make waves in the premium phone category. HMD better roll out the device since we’ve seen enough related images including that phone case showing the Nokia 9 PureView’s front design and another phone case listed on Amazon.

Of course, we can’t forget those image renders and 360-degree video presenting the seven rings at the rear and that prototype. We also noted the possibility of an in-display fingerprint sensor and the device being powered by a Snapdragon 845.

The Nokia 8.1 aka China’s Nokia X7 was recently announced in Europe. We’ve been hearing about the Nokia 9 since 2017 but still nothing. We’re hoping for a year-end launch but it is safe to expect next year.

There have been delays and we understand because the Nokia 9 appears to be complicated. Camera quality is a question. That is understandable because the phone has five.

We’re just hoping the phone will be worth the wait. HMD has teamed up with Foxconn to make the smartphone and at this point, some things are still being finalized.

Head of HMD Global marketing Britta Gerbracht shared there have been a number of challenges in production but she’s positive the Nokia 9 will be ready for release in a few months. And yes, we also hope this Nokia 9 will bring in more sales and revenue for the brand that is making a comeback in the business.