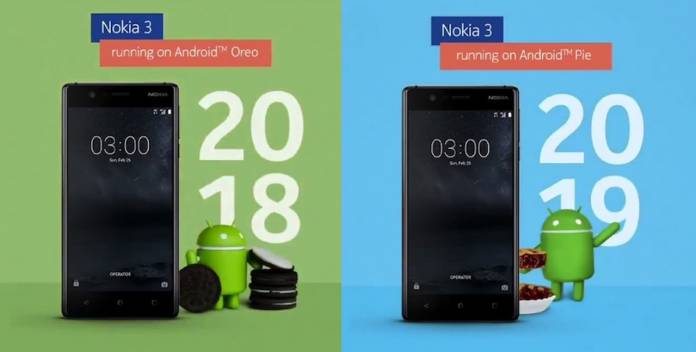 The Nokia 3 may be an old model but HMD isn’t just letting it go. The smartphone is still getting another sweet update. Android 9 Pie is ready, proving the Nokia team can keep its promises of releasing necessary major Android updates for all its phones. The Nokia 3 was announced back in 2017 and from Android 7.0 Nougat to Android 8.0 Oreo, it’s ready to take a slice of the Android Pie. No more waiting time as the new OS version is ready for download and installation. The good news was shared over on Twitter by HMD Global’s Chief Product Officer himself, Juho Sarvikas.

Sarvikas reminded the public that they are keeping up with the promise of two years of Android updates. This is exciting for all Nokia 3 owners who may be worried that their phones aren’t eligible for Android 9.

Nokia just keeps getting better and smarter. That’s what HMD and the Nokia dev team want us to remember. We’re not doubting the promise. We know it’s only a matter of time.

The Nokia 3 has remained to be one of HMD’s best-sellers. It has received several improvements already but the Android 9.0 update is the biggest to date. The Android phone previously passed a Durability Test with flying colors. The company promised Oreo and soon it received Android 7.1.1 OS and then Android 8.0.

Nokia 3 has always been ready for future and further updates . Most notable recently was that stable Oreo update in India that lost the Night Light feature.