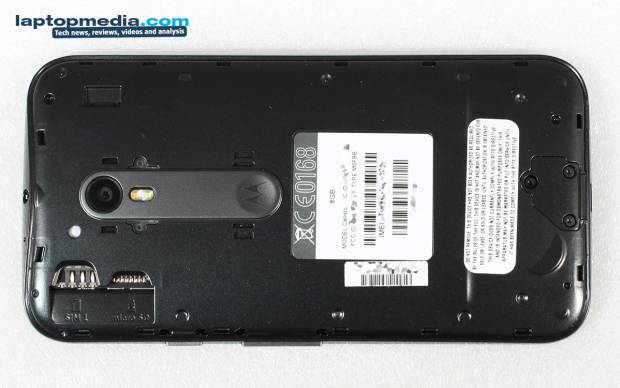 The 3rd-version of the Motorola Moto G is coming very, very soon. Tomorrow, July 28, the Lenovo-owned company will finally unveil the highly anticipated new smartphone which we can still customize via the MotoMaker tool. A video was leaked last week but has since been removed. Before that, a Swiss retail site also leaked the 3rd gen Moto G plus some more details including its IPX7-water resistance and the specs.

LaptopMedia.com was able to snag the new Moto G. Were not sure how it was obtained but we’re thankful for the photos of the next mid-range phone from Motorola.

Calling this G3 may be confusing because LG also has a G3 so we’re referring to this device as the 3rd-gen Moto G. Wha’ts good about this mid-range phone is that even if it’s not a premium device, its specs are still impressive and could very well rival some of the high-end models from other manufacturers. Others are saying specs are even better than most flagships in the market today. 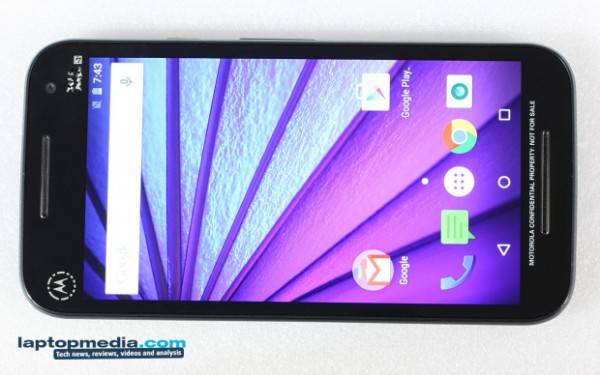 Not much details have been revealed, just the early hands-on photos by the website. We’ll know for sure which of the leaks and rumors would turn out to be true. Just the same, here’s what we know about the Moto G (2015) so far: model will also be launched in Brazil on the same day, specs will include a 5-inch HD 720p IPS LCD display plus some more (Corning Gorilla Glass 3, quad-core 1.4 Ghz Qualcomm Snapdragon 410, 4G/LTE, etc.), it’s nicknamed as the “Osprey”, and let’s not forget the numerous leaked images.