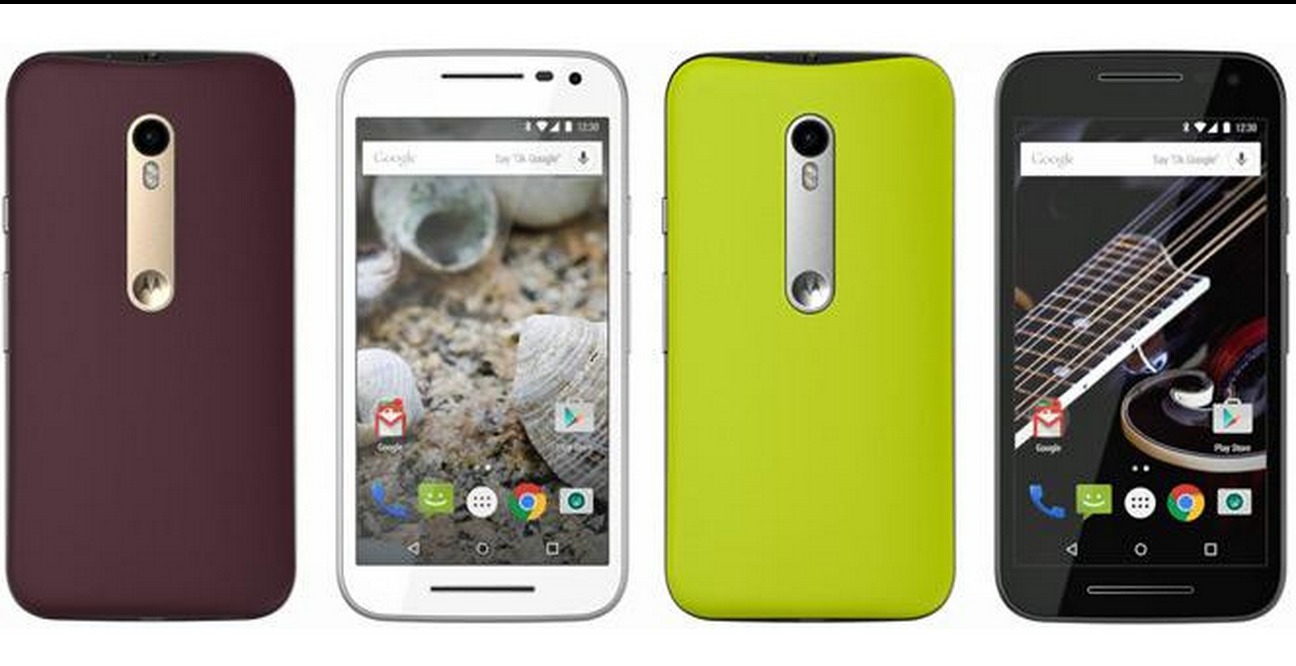 The release of the third generation Moto G (together with other Motorola goodies like the new Moto X and a 2nd gen Moto 360) is just a few days away, and so the rumors and leaks are at an all-time high. The new information we’ve been able to get today is thanks to @evleaks, and it’s all about the different options, mostly regarding color, that people will be able to have if they buy the new Moto G through the MotoMaker.

According to the image leaked, the Moto G will only have two color options for its Front Housing: black and white. But it’s with the rear housing and the accents where it gets really colorful. There are 10 choices for rear housing, including Gold Yellow, Cabernet, and Raspberry. For the accents, there are also 10 options, with all of them metallic and mostly traditional colors like blue, red, orange. There are five Flipshell options at $19.99 each: Charcoal (fancy way of saying black), Crimson, Raspberry, Blue, and Turquoise. For the inside, the only options are choosing whether to have 8GB of internal storage, or 16GB with a 2GB RAM. 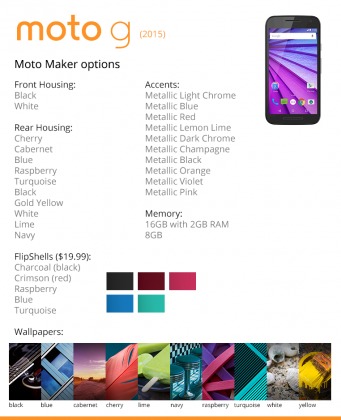 What we know so far through the rumors and leaks is that the new Moto G will run on a 64-bit Snapdragon 410 chipset with a 5” display. For the camera, it will have a 13MP main one and a 5MP selfie or front-facing camera. As seen in the leaked MotoMaker image, the 16GB storage will come with a 2GB RAM, while we assume that the 8GB will be with a 1GB RAM, even though it’s not stated.

There are no pricing rumors or details yet. But all will be known by next week, July 28, when the big Motorola announcements will be made.