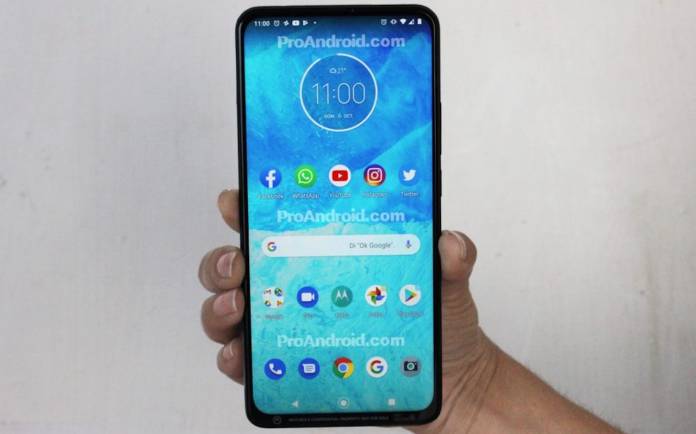 Lenovo-Motorola has more new Moto phones up its sleeves. Apart from the upcoming Moto G8 Play and the Motorola RAZR foldable phone, there’s another entry from the Motorola One series. Known this early as the Motorola One Hyper, this device appears to be all “hyper”. It’s going large with an all-screen display, 64MP rear camera, NFC connectivity, and the latest Android 10 OS. This one also boasts a retractable camera that makes it possible to achieve that almost bezel-less front screen.

The Motorola One Hyper runs on Android 10. Other features also include a USB-C, speaker, Dual-SIM hybrid tray, LED on the fingerprint sensor, and a fingerprint sensor on the rear. When it comes to connectivity, there is NFC, Bluetooth 5.0, WiFi, FM Radio, and a headphone jack.

There is no official announcement from Lenovo or Motorola but some hands-on images have surfaced. Check them out below: