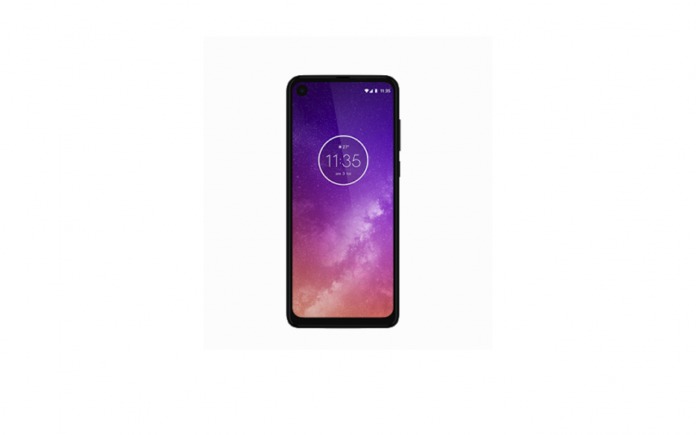 Motorola has yet to make an official announcement about the new Motorola One Action but expect it will be made public anytime soon. We first mentioned the phone back in May and its possibility as a rugged mid-ranger. Specs have been sighted and the list included triple rear shooters. Our last mention was when the first Motorola One Action image render showed up with the said triple rear cams. Today, here is another leaked image of the device that’s been confirmed to run on Android One.

The phone has surfaced online. Some more information has been provided including the 21:9 display ratio plus the Exynos 9609 processor. Aside from the Motorola One Vision and Motorola One Power, the Motorola One Action will also be powered by Android One.

Motorola may be starting a new thing right now by launching phones under the Android One program. That is a welcome change because more often than not, mobile consumers need only the basic features and functions.

The Motorola One is relatively new but it’s becoming a popular series from the company. It’s not confirmed yet that the phone sighted on Android Enterprise Recommended and Google Play Console listings are for the new Motorola phone but listed there are details pertaining to the 21:9 screen and the Exynos 9609 chipset.

On the Device Catalog on the Google Play Console, we see this Motorola One Action. It doesn’t have a notch, only a camera hole. It looks very much like the Motorola One Vision.

When it comes to specs, the Motorola Android One phone is said to be equipped with a 6.3-inch screen with 21:9 aspect ratio and FHD+ 2520 × 1080 resolution, 4GB of RAM, 128GB onboard storage, NFC connectivity, 12.6MP selfie camera, and a 3500mAh battery. The triple rear shooter will include at least a “117° Action Cam. Somewhere in the code is a reference to “troika_sprout”. Troika means three so the triple rear camera could be confirmed this early. The phone should be ready soon in China, Latin Amera, India, the Middle East, Asia Pacific, and Eastern Europe.