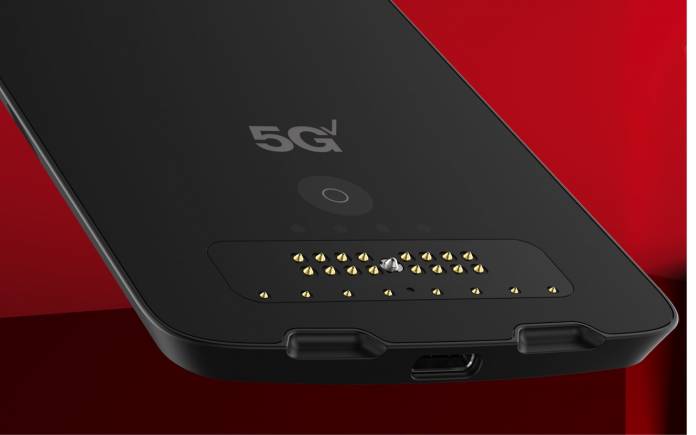 The Moto Z2 Force just turned two years old. First introduced in July 2017, the smartphone made a great impression with its dual rear cameras, Snapdragon 835 processor, and a shatterproof display. Several accessories were introduced to work with the device like the Moto GamePad Mod, Moto Smart Speaker, and the Mophie Juice Pack among others. Even before the Moto Z2 Force was released, we mentioned the Moto Mod program could bring 5G connectivity to Motorola smartphones in the future.

Moto Mods have been getting more popular as the list of add-ons continue to grow. One time, a Moto Mods challenge was held. Some Moto Mods have been developed and integrated with a number of services. As for the Moto Z2 Force, it’s getting even better with the latest Android Pie update and now this: 5G Moto Mod.

The 5G Moto Mod is the same used on the Moto Z3. In the US, the 5G experience can happen with Verizon and a 5G Moto Mod. We haven’t tried it on the Moto Z2 Force but Motorola and Verizon just made it official.

The 5G Moto Mod is compatible with the Moto Z2 Force. It’s a bit enhanced with faster speed and longer battery life. The updated Moto Mod can also now power the phone. When the battery of the 5G Moto Mod is low, the phone can also juice it up.

Now let’s talk about speed, the 5G Moto Mod is exclusive on Verizon’s 5G network. This means you can download hi-def game and videos to your Moto Z2 Force in a matter of seconds. Apart from the Z2 Force, the Moto Z3 and new Moto Z4 can also receive the updates and improved speed after a software update. Take advantage of the Verizon 5G Ultra Wideband and get any Moto Z phone with 5G moto mod.