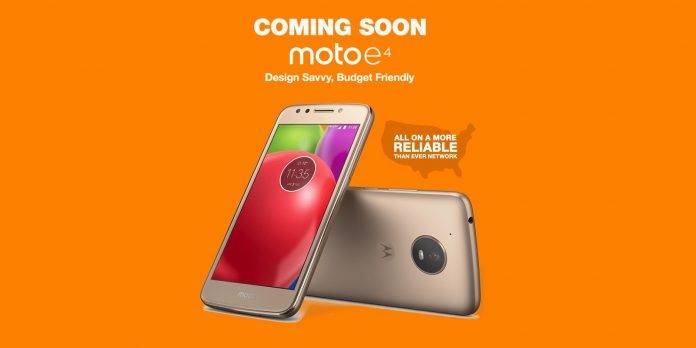 After images and specs were excitedly leaked and discovered, the Moto E4 was also believed to launch on July in Canada. Official photos were published before the commercial announcement and was officially unveiled together with the Moto E4 Plus. A few weeks later, Verizon started offering the Moto E4 at a discounted price of $69.99 while the unlocked variant has begun to be marketed as a possible best seller because it has potential to be one. Another carrier is ready to offer the very affordable smartphone as MetroPCS just teamed up with Motorola.

MetroPCS, T-Mobile’s prepaid brand, will be offering the Moto E4 starting on the 31st of July for a lower price of $49. The original price was $129 but carriers can bring it down to $49 after an instant rebate. Even better, if you want to switch from your old numer to MetroPCS, you can get it for FREE. The phone will cost you nothing after tax and rebate.

The Moto E4 is an obvious follow-up to the Moto E3 phone from last year. The two look familiar but the new E4 definitely has improved specs: 5-inch screen, HD resolution, 2800mAh battery, quad-core Qualcomm Snapdragon 425 chipset, 5MP front-facing camera, 8MP rear camera, microSD card slot for memory expansion (up to 128GB), and 16GB onboard storage. This one is a low-cost Android smartphone but Motorola was able to add a fingerprint sensor.