Motorola is set to announce the Moto E4 and E4 Plus any day now. We don’t know exactly when but with several leaks and rumors already, we know the phones are almost ready for the great reveal. Images and specs were leaked last month and we discovered more information about the duo. We’ve been expecting the company to make an official announcement but looks like we’ll have to wait some more. Good thing there are the likes of Roland Quandt who are excited and generous enough to share more details.

WinFuture’s Quandt just shared over on Twitter more detailed specs about the Moto E4 smartphone. According to @rquandt, the Moto phone will be sold in Canada with a $249.99 price tag. It will come with NFC connectivity for some markets and may ship on July 17 which is already mid-summer.

An image of the Moto E4 specs list was also posted. Most of the items we already know like a 5.0-inch screen, 720 x 1280 pixel resolution, Corning Gorilla Glass 3, 16GB onboard storage, 2GB RAM, microSD card slot (expansion up to 128GB), 5MP selfie camera, and an 8MP main camera. There’s still a 3.5mm audio jack and the standard GPS, micro USB 2.0, accelorometer and proximity sensors, Bluetooth 4.2, WiFi, and 4G LTE. There is no mention of battery but we earlier said the Moto E4 will have a 2800mAh batt. 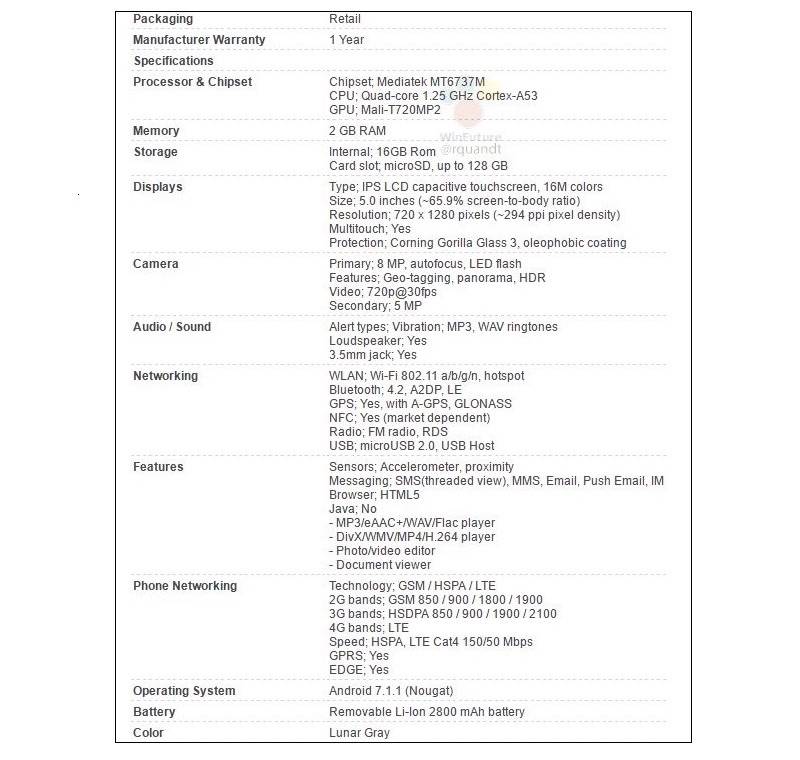