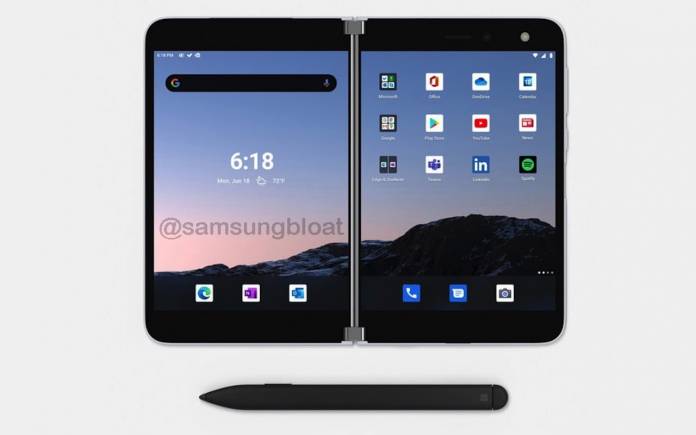 Microsoft is working on the Surface Duo’s official launch. We’ve been waiting for this hybrid smartphone tablet for almost a year now and its arrival is about to happen. We don’t have the exact date yet but a virtual briefing is believed to be held today, August 12. The Surface Duo has been teased several times and mostly by top Microsoft executives. Interestingly, even Google executive Hiroshi Lockheimer showed off the device. He said he “made some yakitori and yakiniku this weekend”. We saw his creation and then some–a Surface Duo on the table.

Hiroshi Lockheimer’s post (@lockheimer) made us think the Microsoft Surface Duo could be a real winner. It runs Android with a custom interface. A Google executive using it is an indication the device is ready.

Microsoft executives using the Surface Duo is one thing. It’s different when Google SVP himself does so because it means the product is ready and worthy to be considered an Android device. Another source shared “more official images of the Microsoft Surface Duo”. Panda (@samsungbloat) also said the device is “set to launch VERY soon”. He posted three images that seem to be official.

One photo shows a white protective case plus a charger and cable. The white color variant seems to be the standard. The device in the images appears to be consistent with previous leaks.

When it comes to pricing, the Surface Duo may start at $1,400. Now that’s a premium but we’re guessing it will have to compete with the Samsung Galaxy Z Fold 2 and the next-gen Huawei Mate which could also be an “innie”.

To review, here are the details we know so far: production has started and units are being tested, the device has dropped by the FCC, it runs on a custom Android interface, and it may also arrive with a new multitasking feature. The Microsoft Surface Duo is said to offer better Surface Pen stylus support. It seems the Microsoft Surface Duo launch is still right on schedule and we feel it’s happening very soon. Let’s just wait and see.