This year may not be the time when foldable phones go mainstream but we’re crossing our fingers we’ll finally get to try a real working foldable device anytime soon. We’re not talking about clamshell and flip top phones here. We’re referring to devices with actual foldable or flexible displays. We’ve been waiting for one since about two years ago when we started hearing about Samsung’s plans for smartphones with bendable screens and rollable displays. The South Korean tech giant hasn’t really announced a working product but we believe it’s almost ready.

Other companies have been heard to also join the bandwagon like Lenovo with those flexible displays and devices, ZTE with the Axon Multy dual-screen phone, LG, Google, OPPO, and just recently, Huawei .As for Lenovo, there was that foldable folio tablet prototype shown off in a video last year. We’re seeing the same design on Motorola branded smartphone-tablet as per some patent images.

This patent application was filed in September 2016 but Motorola and Lenovo seem to be serious about the project. It was approved earlier in March of this year and what you’re seeing in the images are similar to the prototype before.

The phone has a foldable display than when stretched will result in a tablet. There is a camera at the top left of the device. The speaker is found on the top right. There is a second camera just next to the loudspeaker and these two cameras can even capture and create a 3D effect as they can be used to record stereo images. 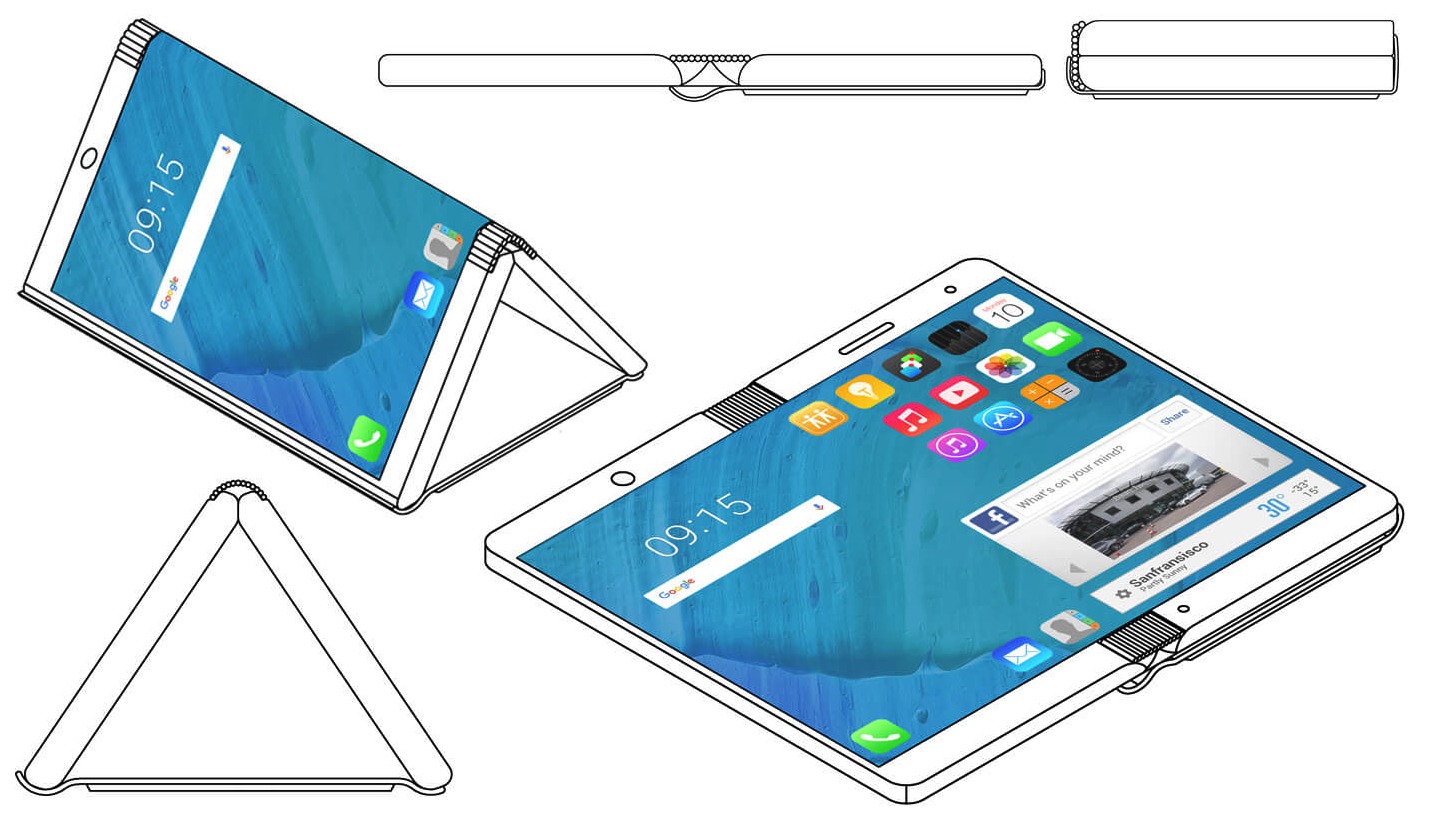 The device has a hinge found at the top and bottom while the battery is found in the right part. When folded, the displays are outside as the device folds outward. The phone is comprised of three parts as described: the flexible display (two parts) plus the cover. It can be wirelessly charged via the special. The phone cover a features a window so you can see a small part of display.

There is no mention yet when Lenovo-Motorola will reveal a working foldable phone. It’s still under development so we’ll wait and see as usual.