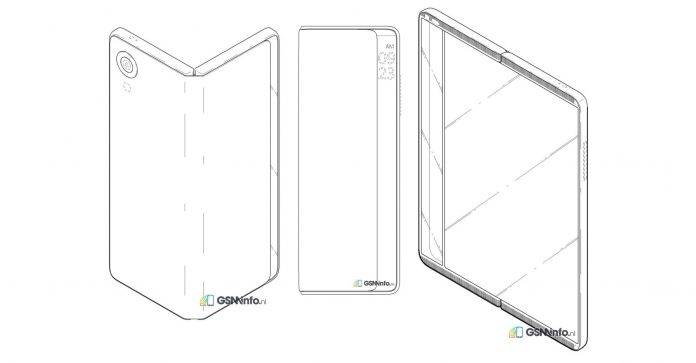 LG is changing its business strategy and one of its many steps is to rebrand the G series. We’re only waiting for the G7 to be introduced in March or April. There may not be an MWC unveiling but at least we know the other South Korean tech giant is still in the business. It’s still working on new technologies and innovations that aside from the G7, we might see a foldable phone from the brand soon. This year, we’re expecting to hear more about foldable phone technologies and Samsung isn’t the only one getting busy with the idea.

Back in December 2016, LG was reported to supply foldable displays for Apple, Google, and Microsoft. A month of that, LG filed a patent for a foldable hybrid phone-tablet. Well, it’s been more than a year and we’re curious to know what happened to the foldable device concept. It was said to be a tablet and now we’re hearing it could be a phone.

It’s not surprising because LG is capable to come up with new trends that others may follow. Last year’s 18:9 display was actually started by LG, in case you’ve forgotten.

New patent images have popped up that show two different possible designs for a foldable phone. These images were sighted on the World Intellectual Property Organization database a couple of weeks ago. Not many details have been provided but the patent presents a fold-out phone design with minimal bezels and one seamless display. There’s a crease that may look weird but looks like the big display is supposed to “fold out” instead of “fold in” like an ordinary clamshell phone.

The design looks somehow similar to the foldable hybrid phone-tablet LG showed off a year ago. The company may have already done some changes so the latest file may be closer to a working prototype or unit. Let’s wait and see for this particular product’s progress.