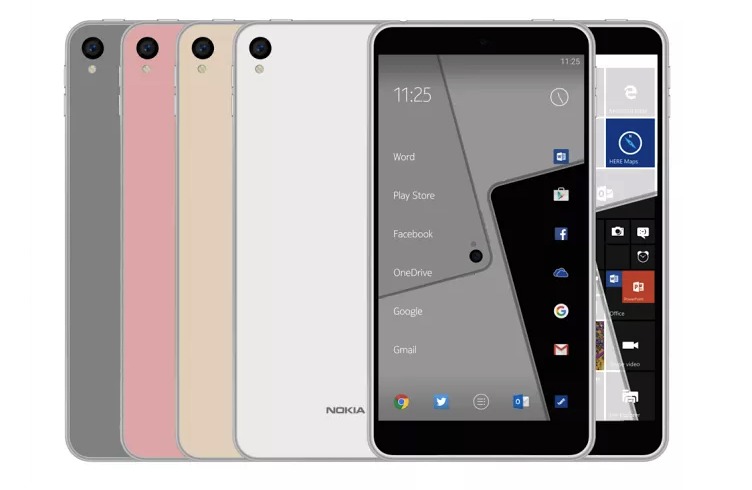 After BlackBerry releasing the PRIV, its first official full Android-powered phone, the Android community is anticipating for Nokia to release the C1. Not that a Nokia-Android partnership is strange but the fact that the company is still in the market or is coming back to the smartphone business is more exciting news. We’ve been hearing several rumors that Nokia will be back in the game this 2016.

As early as December last year, we learned of a Nokia-developed C1 that’s very much like the N1 tablet.  Just recently, image renders have been leaked and shared on Weibo, giving us an idea that the Nokia C1 is just like any other Android smartphone in the market today.

The phone is rendered in different colors: grey, pink, beige, and white. The rear camera is located on the upper left of the back panel. It appears to be bezel-less with the screen extending across the full front panel. The frame is rounded and device looks very compact. At first glance, you might think of the iPhone 5C which also means it looks like the ZTE Blade S7, Meizu M2 Note and M1 Note, and the Xiaomi mi 4i mainly because of the rounded frame and the yummy colors.

The Nokia C1 is expected to run not just Android but also use the Win10 Mobile system by Microsoft. It couldn’t be dual booting though because it’s pegged to be within the budget or mid-range category. It may have two variants but not two mobile OS at once.

So Nokia is definitely coming back? That’s what Rajeev Suri, Nokia CEO, wants us all to believe but it might be released as soon as this year is over when the deal with Microsoft is finished. Foxconn is even listed to manufacture the first Android-licensed Nokia smartphone so let’s just wait and see.