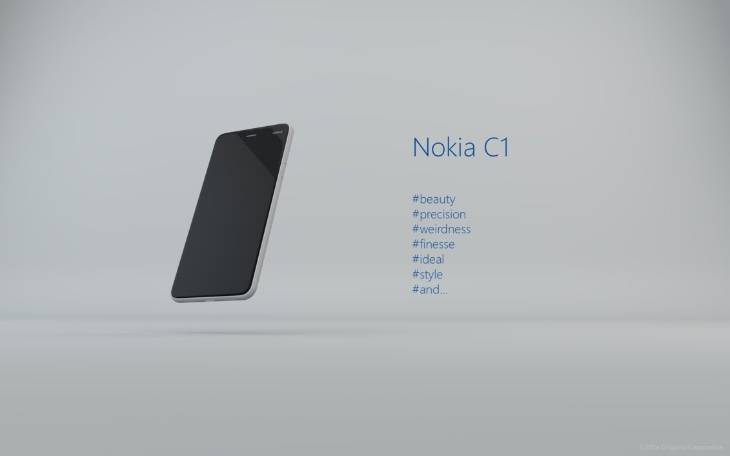 We were just about ready to say goodbye to Nokia as a manufacturer of gadgets the moment their smartphone business was gobbled up by Microsoft, so it came as a bit of a surprise that Nokia released the N1 Android tablet towards the end of this year. There might yet be a second surprise with rumors of a smartphone called the C1 making the rounds.

The agreement between Nokia and Microsoft meant that the Finnish outfit could not – for a time – manufacture smartphones and tablets alike. But Nokia found a convenient workaround to this agreement – the N1 tablet was developed by Nokia but actually manufactured by Taiwan-based Foxconn. And it wasn’t that bad of a tablet either.

Just in the past few hours, some rumors started making the rounds with a blurry (but clear enough) image showing the rumored Nokia C1 – ostensibly a smartphone that looks very much like the design of the Nokia N1. If Nokia were to move forward with this project, it would most likely be a developmental role again, with the manufacturing given to an outside OEM.

According to the rumors, this smartphone will have a 5-inch full HD display, 2GB of RAM, and 32GB of internal storage. An 8-megapixel camera will allegedly be located on the back of this handset and the device should come with Android 5.0 Lollipop pre-installed, with Nokia’s Z Launcher on top of Google’s Android OS. Excited about this?