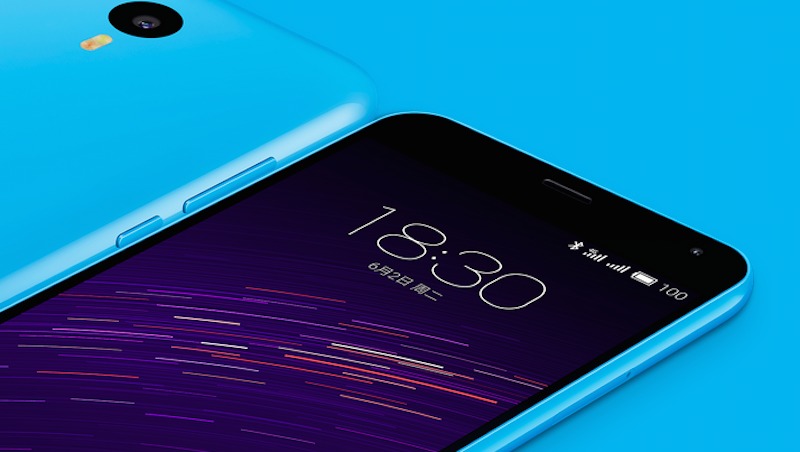 This is no longer a leak. Meizu has revealed the Meizu m2 note. Phone is expected to remain as an affordable mobile device although a bit higher than the first-gen m1 note. It was only last December when this Meizu series was introduced, making a colorful statement for the youngsters but a few months later, here’s a  quick follow up.

It’s not even a year and yet a new Meizu note is announced. The new m2 note looks very similar to the first-gen model but Meizu moved the power button to the side just below the volume control. If you may notice, some Chinese manufacturers are also placing such buttons in the same location on the their latest handset so looks like it’s a trend. The home button is called the mBack button. It is touch sensitive and is used as a Home button with the usual hard press or as Back button with a soft touch.

Meizu’s website tells us the Charm Blue m2 note is perfect for the younger generation but the more mature market can still use it for work and business. Phone is only 8.7mm and weights 149 grams. Nothing has been confirmed yet but we know the phone will have a contrast ratio of 1000: 1, 403PPI, a 450cd / m² screen brightness, 64-bit 1.3 GHz octa-core MediaTek processor, and a 3100 mAh battery. The m2 note has a special SIM or microSD card slot. It has a nano SIM microSD card tray that can accommodate one nano SIM card/one microSD card or two nano SIM cards. You’ll have to be content with the 16GB or 32GB built-on storage.

And oh, it still looks like an iPhone 5C.