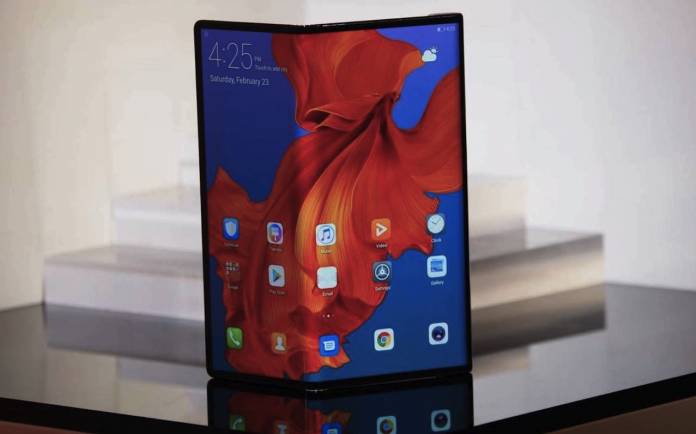 It’s happening. Huawei seems to be all set to launch the Mate X foldable phone next month. It still is a “maybe” according to exec Richard Yu but we believe its arrival is near. After the Samsung Galaxy Fold’s relaunch, it’s about time Huawei reintroduces its first foldable phone in the market. The few months for testing and improvements should be enough. The phone already supports 5G connectivity. It will be available for around $2600 and will be ready to work as both a tablet and a phone.

Huawei decided to postpone the foldable phone launch after Samsung also canceled the Galaxy Fold due to displays breaking. Huawei has moved the release to a later date. We first expected a September release but looks like it will be October now.

The top Chinese OEM was optimizing the Mate X and trying to make it perfect to be sure. Huawei simply wanted to do more tests. One major improvement we know is the possibility it will be powered by the new Kirin 990 chipset although the first-gen model will only run on Kirin 980.

The Huawei Mate X is expected to directly compete with the Samsung Galaxy Fold. The two are long-time rivals. Huawei wanted to beat the South Korean tech giant but it wasn’t able to. But then again, there is still a chance once the Mate X is out in the market. The battle begins once both foldable smartphones are available for sale in key markets around the world.

Before the Mate X is unveiled, there is still the Huawei Mate 30 series. By then, we’ll know what mobile OS the new flagship series will run. Some sources are saying it will already be free of Google services and products. This means no more Android. No more Android means no more Gmail and no more apps from the Google Play Store.

This isn’t really surprising. Huawei has been preparing for the worst. It already introduced the Harmony OS aka Hongmeng OS. Other times, we hear about the company’s confidence it will still use Android. With this move, Huawei’s revenue overseas may go down.

It will be interesting to note how many millions it can sell this time without Android. From last year’s 200 million (100M overseas and 100M in China alone), we want to know what percentage will be gone.