The HTC U11 Life is launching soon. The mid-range variant will be announced on November 2 and not the HTC U11 Plus that we’ve also been anticipating for. Much has been said about this smartphone and as a mid-ranger, expect this to be a watered-down version of the flagship HTC U11. So far, we know it will have a 5.2-inch Full HD screen, 1080p display, Qualcomm Snapdragon 630 chipset, 3GB or 4GB RAM, 32GB or 64GB onboard storage, and a 2600mAh battery. It will run Android One and will likely be rated with IP67 water and dust resistance.

So there won’t be an HTC U11 Plus aka Ocean Master to be unveiled at the ‘U’ event. Specs of the U11 Life have been shown off and it’s already confirmed with Edge Sense. The device will specifically run Android One with Sense 9.0_A1.

The HTC U11 Life will be the Taiwanese tech giant’s first ever Android One device. Roland Quandt also shared the Brilliant Black HTC U11 Life and confirmed it will be part of the Android One program. The 3GB RAM and 32GB version will be sold for 369 Euro in Germany. 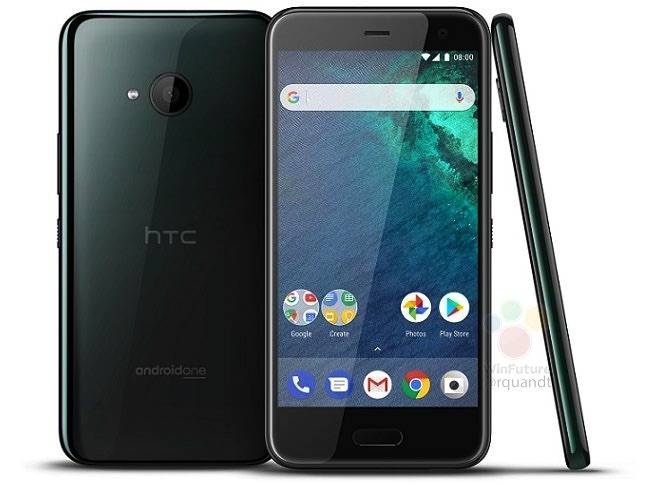 Other features of the HTC U11 Life include a Gorilla Glass display, a home button that doubles as a fingerprint reader, 4G LTE, and a microSD card slot for storage expansion. When it comes to imaging, the HTC U11 Life will have a 16MP rear camera that supports 4K videos and RAW and HDR support, and a 16MP front-facing camera. There’s also the standard features such as Bluetooth 5.0, NFC, USB 2.0, dual-band Gigabit Wi-Fi, and a USB-C port. This one won’t have a headphone jack but it will ship with a pair of USonic headphones that will connect via USB Type-C port. It will also come with Active Noise Canceling. These same specs were also recently leaked by T-Mobile.

The HTC U11 Life will be ready in Ice White and Sapphire Blue. It will also include Alexa and the Sense Companion.