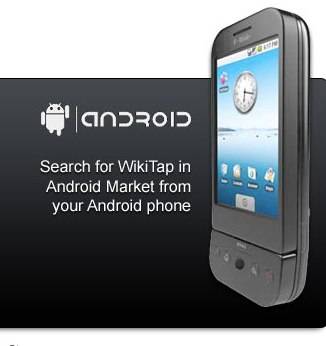 This week a very strange bug was found in the Android software that could potentially cause problems.  The bug takes all your keystrokes and secretly sends them to the root shell as commands with the highest user privileges. The bug was found when someone was typing the word “reboot” in a text message and ended up rebooting their G1.

Mozilla made a comment on their new mobile browser Fennec coming to Android. Unfortunately it does not look good for Android users. We will only be getting Fennec if Google allows applications that are not written in Java. The company iSuppli has pumped out yet another parts estimate, this time it is for the G1. They are claiming that in parts alone it costs $143.89 to build the G1.

Google later took the time to explain what the causes of the root bug were. They left the root commands open for developers to use and never closed them in the release. Google says they will remain silent on what updates to until everyone has received it.  Android got the first virtual keyboard this week due to the A7 SMS application that hit Android Market. However Many users are not able to get it to work. This keyboard has a bit of an odd layout, the top row of keys read “QWERT.”

PhoneFusion is making an effort to bring a free visual voicemail application to Android users. The catch is you have to deal with the extremely ugly, outdated interface that they are known for. In other applications Android will be getting the ever so popular Loopt application very soon. Loopt allows users to keep track on their friend’s locations and what they are doing. Needless to say this application sometimes can be used negatively to spy on people.

G1 owners in the United Kingdom are still reporting that they have yet to receive their RC8 update. This update in the UK is supposed to be the same as the RC30 that the US just received. It appears that Android Market is going to get another Wiki application this time it will be WikiTap. This application allows you to search and contribute videos on Wikipedia.

A while back we reported that it was highly unlikely that Android would get a Facebook application. It appears that it has happened after all, just not in the form we were thinking. fBook is basically the mobile web version of Facebook wrapped for use on Android. This application was not actually made by Facebook; it was created by the guys over at Next Mobile Web.

In other Android application news, WeatherBug has done it again. Android users will now get to experience the amazing weather application that so many have been using for a while now. WeatherBug has many fantastic features that are integrated with Android through programs like Google Maps to give users GPS-enabled Severe Weather Alerts, Customized Forecasts and More from the Largest and Most Precise Weather Network in the World.

We also received word that the famous iPhone application Tap Tap Revenge will make its way over to Android if the demand is high enough. One of the developers over at Tapulous commented on a users question and gave hope to many of us who have made the transition from the iPhone over to the G1 and can’t live without it.