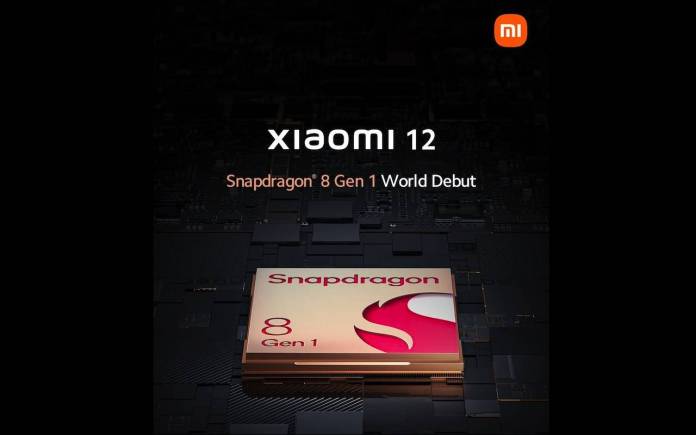 Qualcomm has officially announced its latest premium flagship processor. The Snapdragon 8 Gen1 has been unveiled after the rebrand. It’s simply called a Snapdragon processor and it will be used on the next flagship smartphones from different OEMs. We’ve been saying the Samsung Galaxy S22 will use the Snapdragon 898 but Qualcomm didn’t even mention the South Korean in the list of companies that will first use the new chipset. Included in the list are Sony, Sharp, OPPO, Realme, OnePlus, Motorola and Xiaomi.

For Xiaomi, it has confirmed the Xiaomi 12 will run on the Snapdragon 8 Gen1. That’s also something we’ve been saying the past few weeks. It’s only a matter of time before the Chinese company reveals the new Xiaomi 12 flagship.

The Xiaomi 12X is said to come with smaller form but similar specs. Apart from the 12X and the regular Xiaomi 12, we can also expect the Xiaomi 12 Pro, Xiaomi 12T, Xiaomi 12 Lite. These variants may be similar in many ways beginning with the large display not smaller than 6 inches, with 120Hz refresh rate, Full HD+, and HDR10.