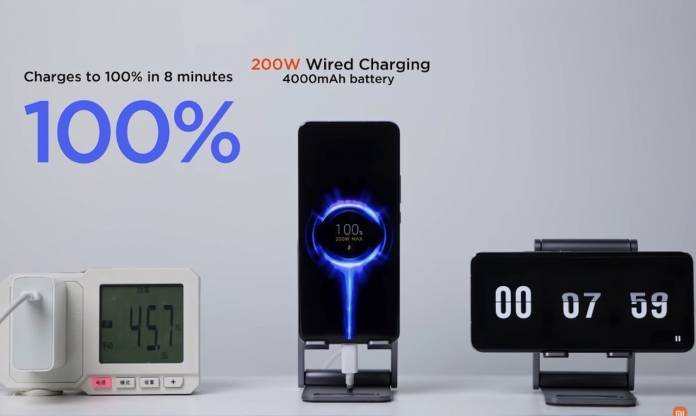 If there’s another brand that doesn’t settle, that’s Xiaomi. Of course, it won’t use the ‘Never Settle’ motto but we like that the Chinese OEM always comes up with new products and innovation. After sharing with us the good news that the restrictions and securities ban have been lifted in the US, here is Xiaomi’s first 200W Wired and 120W Wireless Fast Charging. The new technology is available on the Mi 11 Pro. A recent test by Xiaomi shows us the smartphone has broken two charging records.

The Xiaomi Mi 11 Pro can be fully charged up to 100% within eight short minutes. Wirelessly, it only needs 15 minutes of your time. This is the first time wired charging has entered the ten-minute mark and the 100-watt mark for wireless charging.

Xiaomi reiterates it will “always strive to be the leader in mobile phone charging”. We don’t think this will be the last as the charging game can still advance further. Being able to charge phone within 15 minutes is already impressive. Less than ten minutes is mind-blowing. Someday, we won’t be surprised if it becomes faster at five minutes or even less.

Xiaomi was earlier thought to allow a faster charging battery technology. The Xiaomi phone with 200W wired fast charging tech was in the works and it’s ready.

Before this new fast charging milestone, we remember that Xiaomi Mi Air Charge Technology with 5W remote charging launched. A couple of months ago, Xiaomi also announced a Wireless Charging Pad, Charging Stand, and a Smart Projector. It seems the company is really serious in advancing in the charging tech industry.