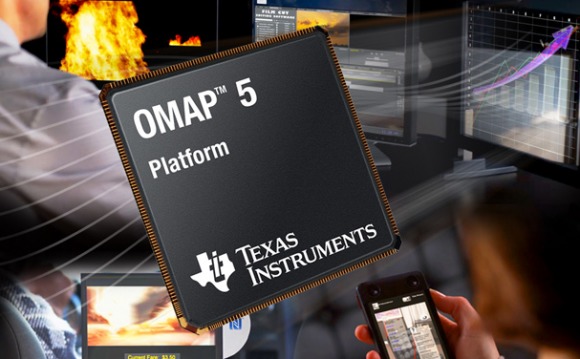 While we are still waiting to see what Texas Instrument might have in store for ICS devices, they are already starting to tease us about the next generation in mobile processors. Their new OMAP 5 chipset is shown off in a few video demos today and we have them all below for your viewing pleasure. Basically the OMAP 5 are some dual-core powerhouse chips rocking speeds upwards of 2.0 Ghz and some serious graphical prowess.

We have heard a lot regarding TI being the processor of choice for Ice Cream Sandwich, then in June they announced some dual-core 1.8 GHz chips so we are expecting some exciting stuff now and in the future. Back to OMAP 5, what we do know is they will be quite powerful. With OMAP5430 and OMAP5432, both of them will offer up to 3 times the performance of previous generations OMAP4430 and you can bet they will be some solid performers and in many tablets soon.

OMAP has been in plenty of phones in the past from the original DROID all the way to the new DROID Bionic and Archos G9 80 tablet. We can expect to see plenty more from Texas Instruments and their OMAP line of mobile processors soon. If rumors are accurate we will be most likely seeing some sort of 1.5 GHz dual-core TI OMAP 4 processor in the new Samsung Galaxy Nexus that will be announced tomorrow running Android 4.0 Ice Cream Sandwich.

Texas Instrument has been working with many manufacturers and these videos are more of a tease than anything. Well and to get us, the consumers excited about what they have in store for us. Does this make you want to wait and get an OMAP 5 device next?