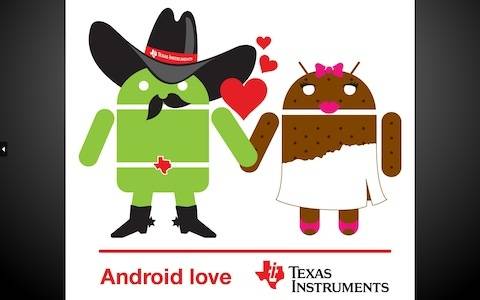 We have heard nothing but rumors regarding the next Nexus device and some have been calling it the Nexus Prime. We are still short on news regarding Ice Cream Sandwich too but we have all been wondering for a while what phone would launch with the lovely new operating system. While we still don’t know the details some new information is suggesting it will be running on a TI OMAP 4 CPU when it finally launches.

While this isn’t the first time we have heard chatter regarding the OMAP 4 series being the choice for ICS this news comes from someone inside Texas Instrument so that gives us a slightly better feeling regarding the entire thing. Apparently a TI employee slipped up in an email and mentioned they have been in a close partnership with Google for Ice Cream Sandwich, and even though most companies can say the same thing the image above was also found inside to give us more confirmation.

While that doesn’t give us a ton of details it does make us wonder if they are in fact who Google has chosen for the preferred CPU in Android Ice Cream Sandwich. Until recently they have only been found in a few Motorola devices like the recently released Droid 3. For the past few months NVIDIA has ruled the entire Android platform with dual-core phones and basically every Android Honeycomb tablet but things could be changing soon.

We know Ice Cream Sandwich will be a beautiful blend of Android 2.3 Gingerbread and Honeycomb and it will sandwich together to make an amazing operating system. With this latest news, NVIDIA’s quad-core SoC headed to market soon, and Qualcomm building some amazingly fast and stable dual-core systems heading upwards of 1.5 Ghz and more this is looking to be another exciting few months in the world of Android.