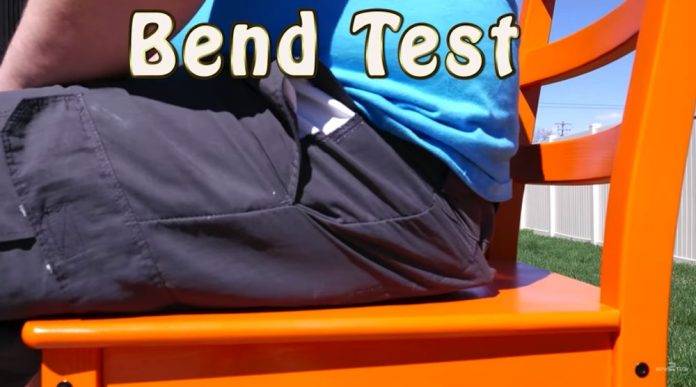 We’re not done with the LG G6. We have yet to do our comprehensive analysis of LG’s latest premium flagship phone. We’ll get there but for now, content yourself with watching durability tests from several geeks. Just last week, LG showed off the G6 flagship phone undergoing a series of rigorous tests. It was even dunked, frozen, and thawed already and passed a random scratch test. Earlier too, we got our hands-on feature and demoed in a series of product videos.

When it comes to Durability Tests, we turn to Zack Nelson of JerryRigEverything. Looks like somebody else was ahead of him. How2Tech already managed to do a series of Rough Tests on the G6 phone that includes a Scratch Test, Bend Test, and Drop Test. You may remember ‘How2Tech’ from the Samsung Galaxy Note 5 disassembly video from almost two years ago who also showed us how to get the S-Pen unstuck.

Now it’s time for another heartbreaking test. There’s no disassembly video yet, just some clips of the guy putting the G6 inside a rotating rock tumbler, sitting on on a pretty orange chair with the phone in his back pocket, and dropping the device numerous times on to hard solid surface.

He placed the LG G6 inside a tumbler with some keys for about 15 minutes on one side and another 15 on another for the Scratch Test. The result is only minimal scratches on the side and nothing on the screen. Some more time inside the machine and about 1,350 hits later and with more screws—still nothing significant. Things got weird though when the phone’s screen was rubbed on a tile surface. The screen scratched like crazy.

When it comes to the Bend Test, How2Tech placed the phone in his left back pocket and sat on the chair several times. The result? Not bent.

Now for the Drop Test. Our guy dropped the phone many times on its side, front, and then back side. The phone screen shattered after some time maybe because of earlier stress. Another interesting thing was when the LG G6 suddenly broke the tile. Some more drops and the phone showed more scratches—normal with standard wear-and-tear.

Our conclusion: the phone can survive rough use but with some scratches. We highly recommended using a protective phone case such as any from Urban Armor Gear.