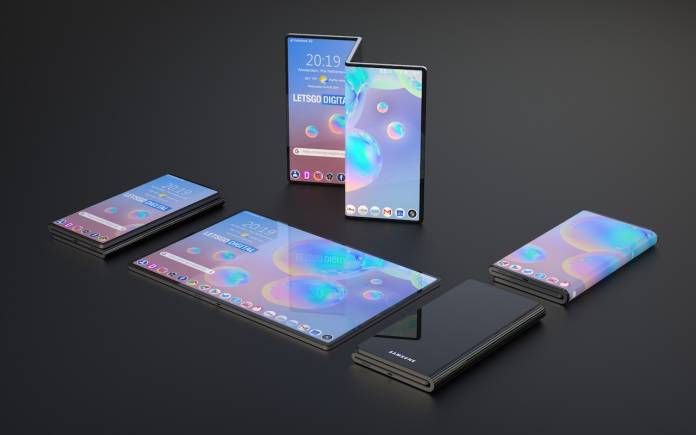 The foldable phone category is still relatively young. We’ve had high hopes about this one especially since it’s been years since Samsung has been teasing its flexible screen technology. Royole came first with the FlexPai and Samsung followed with the Galaxy Fold. Unfortunately, the South Korean tech giant had to cancel the launch and recall the preview units because of some issues of displays breaking. The company has yet to relaunch the product but we believe it’s coming very soon.

Launch of the Samsung foldable phone is imminent as it passes the final round of tests. We already know only some 30,000 units will be produced initially. The relaunch is happening this September. The redesign is almost done. We also know more Samsung Galaxy foldable phones are in the works so expect new models in the near future.

Spotted on LetsGoDigital is a set of image renders that present a new Galaxy Fold. It’s a Z-fold type (or 2-fold) that is based on a recent design patent application by the company. The images were listed on the Korean Intellectual Property Office (KIPO), showing sketches of the design. As usual, LetsGoDigital has prepared renders that give us a clearer picture of the next foldable phone.

The phone features a simple yet stylish design. A large flexible screen is available with small bezels. There are two folding lines available which mean the phone can be folded twice. One part of the screen folds outward while the other part folds inward. The images show the Z-shaped fold.

We don’t see any buttons or ports or even fingerprint scanners or cameras. There could be an on-screen fingerprint reader and an under-display camera. 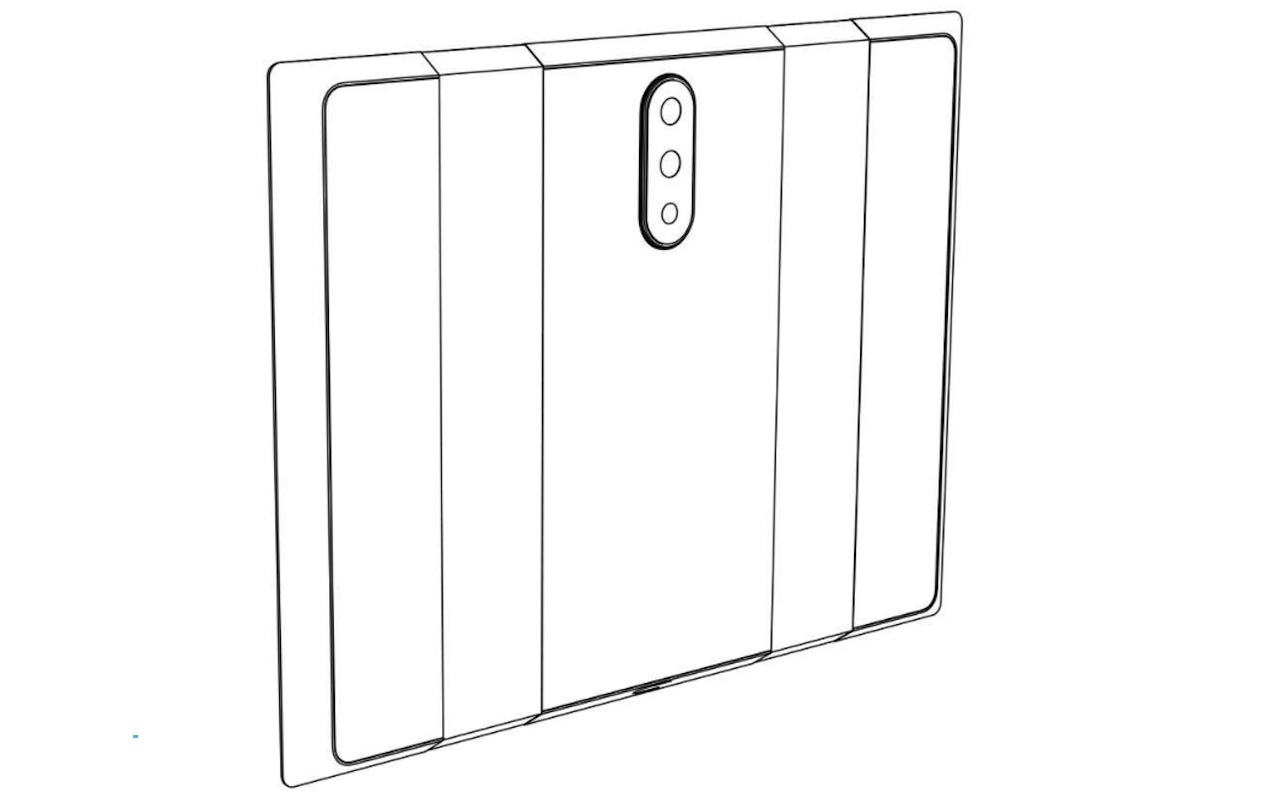 As for Xiaomi, the company’s foldable phone offering is said to include a triple rear camera system. This detail is according to a European Union Intellectual Property Office (EUIPO) listing. Product with patent number 006272290-0001 is said to be a new phone from Xiaomi that is also foldable. If you may remember, Xiaomi foldable phone renders surfaced before showing an outward folding display. It was demoed in a video once again and so we’re really looking forward to this one.

There may be three rear shooters but we don’t see any selfie camera. When it comes to the products name, there is a possibility it will be called the Xiaomi Mi Fold, Mi Flex, Xiaomi MIX Flex, or Dual Flex.