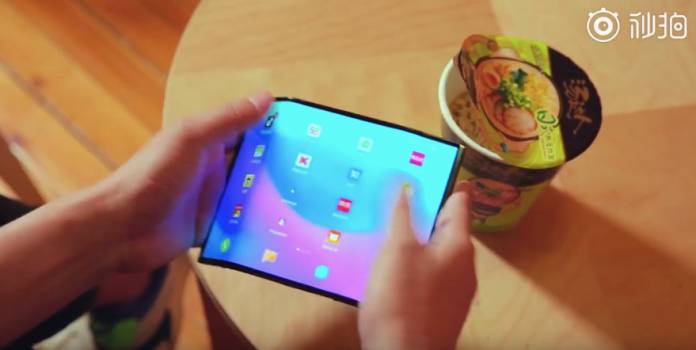 Xiaomi isn’t a stranger to new and innovative technologies. In fact, it has become a favorite because the Chinese OEM knows the gadget business very well. The brand launches high-specced smartphones at affordable prices alongside many smart devices. It is now considered a lifestyle brand because it has reached many areas of our life. After exciting us with a Super Charge Turbo charger and the Black Shark 2, Xiaomi is teasing a new foldable phone. It’s been doing so since last year although no significant information is being shared.

We started the year with a Xiaomi foldable phone being demoed in a cryptic video. The prototype and demo video by a company executive was real.

The foldable phone won’t be announced anytime soon but we believe it’s already working. Some renders have surfaced showing an outward display.

It is one quick video but we can say the foldable phone by Xiaomi has the potential to beat the Huawei Mate X and the Samsung Galaxy Fold. We have no idea about the specs but we’re assuming they will be premium.

We’re probably looking at at least 12GB of RAM, 128GB onboard storage, or the latest Qualcomm Snapdragon 855 chipset. The display appears a bit square when opened. The two-fold outward design seems better than the others we’ve seen but let’s wait and see for the actual device.