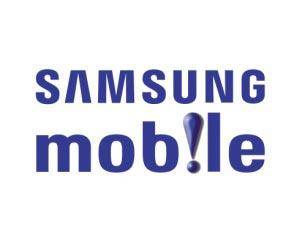 Well folks, today Samsung has been reaching out to the mobile world reminding everyone they will be live in San Diego on October 11th for CTIA. The CTIA events in October are more for developers and enterprise level guests but as usual we can expect a few neat things to come from the show. Their last event they unveiled three Galaxy S II models for the US, and before that at IFA we learned about the Galaxy Tab 7.7 and the popular Galaxy Note.

We don’t know what to expect but as usual you know we have a few ideas or thoughts. I don’t even want to get into the Samsung Galaxy Nexus, Nexus Prime, DROID Nexus rumors but we know that is on the plate and must mention it. I doubt we’ll be seeing anything like that as Google will most likely be partnered with Samsung and in charge for that huge revealing.

I have a feeling we will be seeing the Samsung Galaxy 7.7 (aka Galaxy Plus for T-Mobile). It was spotted last week and you can read more about that here. We have also seen a few reports regarding an upcoming Galaxy Tab 7 or 7.7 from Verizon in this latest leak so that is another possibility.

Then we may also see more details about the Samsung Galaxy Note. We recently had some hands-on time with the awesome device and even compared it to similar Samsung offerings. We have seen reports that the Galaxy Note will be available in early November in the UK — while that doesn’t mean much for the US it is a good sign things are moving forward and it should be here quickly.

We don’t want to get too crazy regarding what we may see from Samsung Unpacked coming next month and will just have to wait and see what comes to the table. For now stay tuned for more information as the date inches closer as more details should follow shortly.