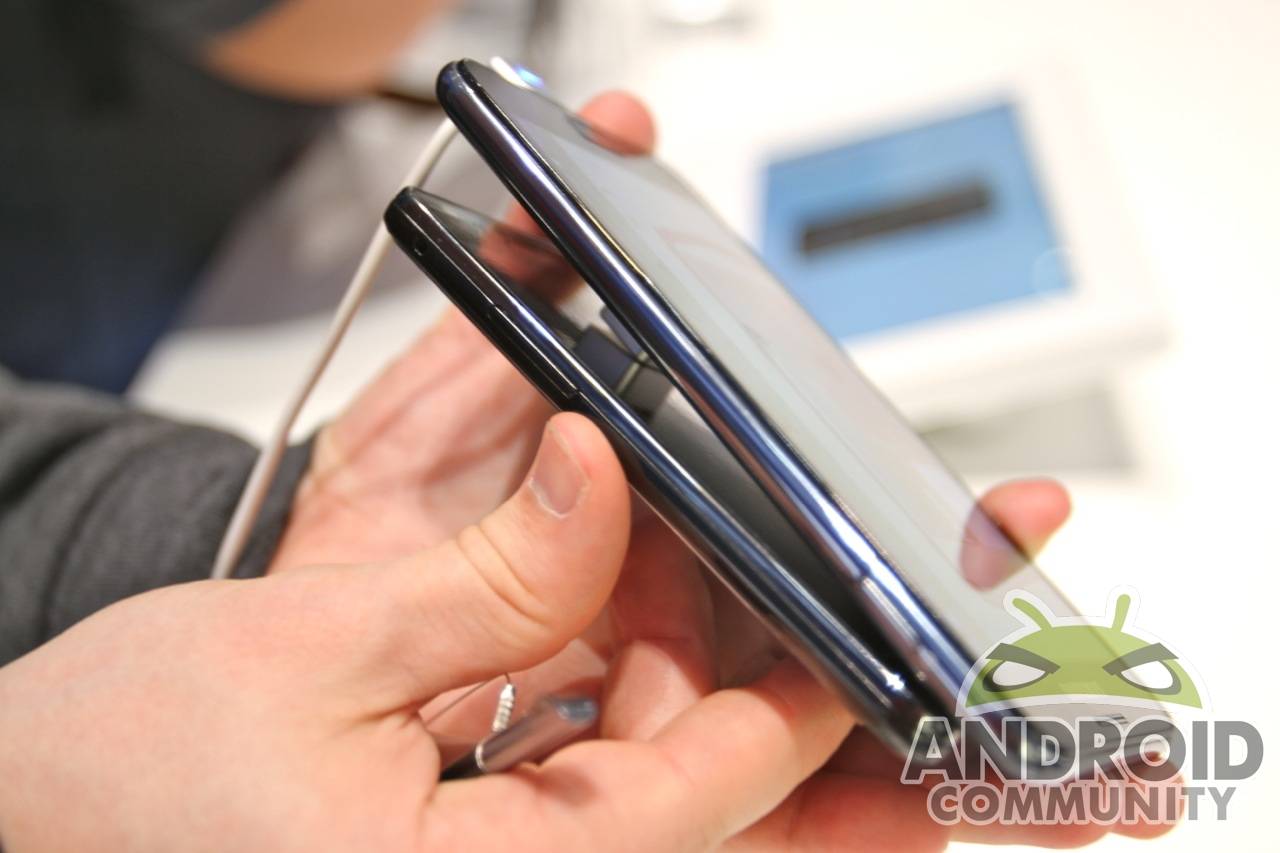 Bigger than a Galaxy S II but smaller than a new Galaxy Tab 7.7; offering the latest in capacitive touch but also a stylus; the Samsung Galaxy Note is a device with a few personalities. Intended to pull together phone, paper notebook, games device and tablet into one pen-enabled smart handheld, it’s certainly one of the more ambitious gadgets we’ve seen at IFA 2011.

First impressions are that it’s an oversized Galaxy S II, with pretty much identical design language. It’s obviously bigger, though not as thick as you might expect; you can still slot it neatly into a front trouser pocket, for instance. The stylus whips out of the bottom – unlike HTC’s Flyer, it gets a dedicated storage slot – and can be used to grab and annotate screenshots, write handwritten emails and messages, use handwriting-recognition (which works surprisingly well with neat cursive) and generally navigate the phone. That would be pointless if the accuracy wasn’t up to scratch, but it is: we could get fine-flowing ink and various line-widths thanks to the pressure sensitivity. 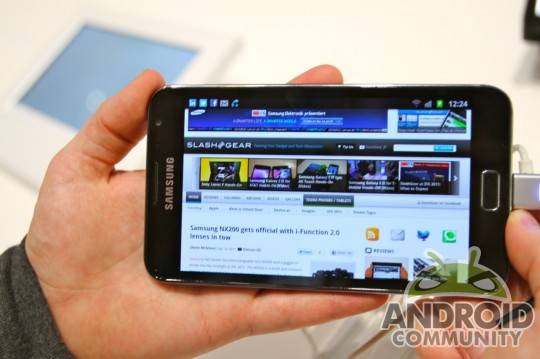 The 5.3-inch Super AMOLED HD display is, at 1280 x 800, the same resolution as Samsung’s tablet line-up, but the panel technology shows its worth with huge viewing angles and brilliant colors and detail. Colors don’t invert even when you’re looking almost side-on. At 178g and 9.65mm thick it’s a little more in the hand or pocket than the GSII but still easy to hold in a single hand, and the bigger display makes using the on-screen keyboard a particular pleasure. 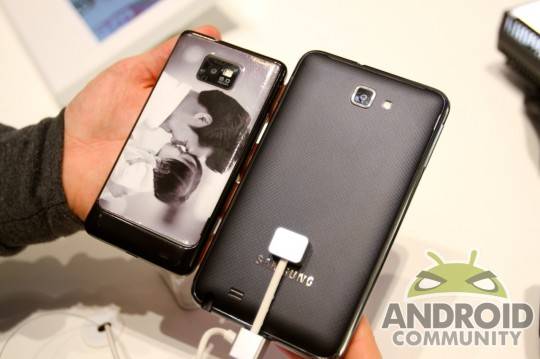 Samsung’s TouchWiz-customized Android Gingerbread software isn’t finalized yet, but the Galaxy Note still put in a solid showing. The custom S Memo app works well, showing up as a sharing option in the standard Android list, and allowing you to clip photos, voice, text, handwriting and drawings; alternatively you can take a screenshot by holding down the side button on the active stylus and double-tapping the display. Crops can be freehand shapes, and eventually Samsung will release a collaborative whiteboarding app, which will allow two remote Galaxy Note owners to work together on the same page.

Then there’s S Planner and Samsung’s other customized apps to suit the higher-resolution screen. Gone is the wood-effect UI on the Galaxy Tab, replaced by a feature-packed Filofax alternative with pinch-zooming between the various month/week/etc views and support for dragging and dropping appointments around your schedule. It works well, and the extra pixels mean less swiping and paging to find exactly what you’re looking for or get an overview of your week or month. The email app is polished too, with a split-screen view in landscape orientation that shows inbox and message preview simultaneously. Unfortunately the Gmail app is Google’s standard one. 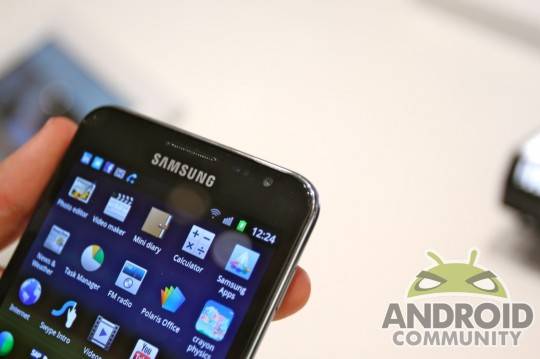 We’re still waiting to see just how long the 2,500 mAh user-accessible battery will last, if owners of the Galaxy Note take Samsung at its word and try to replace their phone, media player, notebook and portable games device in one sweep. Similarly, Samsung’s plans for the S Pen SDK, allowing third-parties to take advantage of the stylus, will depend on how keen developers are to further customize their apps. Still, while before we might have said 5+ inches was too big for a smartphone, the Galaxy Note has us reconsidering.