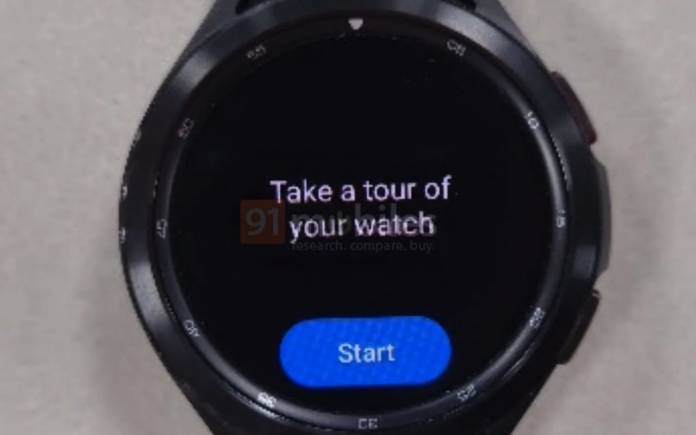 The Samsung Galaxy Watch 4 Classic is highly anticipated. Together with the other variants, the smartwatches are expected to sell especially since they will now run on WearOS by Google. A recent video leak showed off UI design and features of the Galaxy Watch 4.

We learned that the Galaxy Watch 4 would come with Exynos W920 processor and 16GB storage. The wearable devices have been spotted on Amazon Canada.

As for the Samsung Galaxy Watch 4 Classic, this model’s design have been shown off in different angles. Images were leaked earlier and then leaked again in an official teaser video. The latest we have are live images.

The Samsung Galaxy Watch4 Classic live photos were shared by a source. We see a physical bezel which could probably rotate. Two color options have been sighted: silver and black. The watch comes with two buttons on the right side.

The images only show the design of the Samsung Galaxy Watch 4 Classic and the screens of the initial setup. Nothing much to say on the UI but we know it will be powered by WearOS which already integrates Tizen OS.

To recap, we know the Galaxy Watch4 Classic will come with MIL-STD 810G durability and 5ATM water resistance. We can also expect 1.5GB, Gorilla Glass DX+ protection, and GPS.