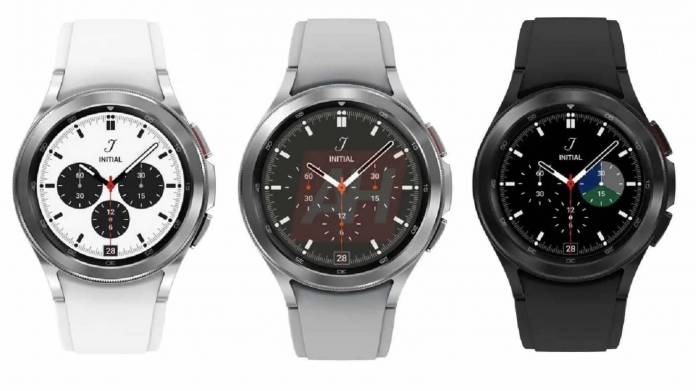 For the first time since the Samsung Gear S3 Classic, we’ll apparently get the word “Classic” attached to an upcoming new smartwatch from the Korean OEM. The Samsung Galaxy Watch 4 Classic is the second of two wearables that will reportedly be unveiled at the Unpacked event this summer, alongside the Galaxy Watch 4 Active that has been previously leaked. It will come in three sizes which is a first for the Galaxy smartwatches and this will run on Samsung’s co-developed platform with Google.

Android Headlines shares some of the specs about the Galaxy Watch 4 Classic. It will apparently be retaining the rotating bezel and will have two large buttons on the right side to make it easier to navigate the new OS it will be running on. You now have three options for the size: 42mm, 44mm, and 46mm which makes it the bigger version as compared to the Galaxy Watch 4 Active. It will b available in three colors, white, gray, and black, and silver and black case options in either steel or aluminum. Well, with the name classic you have to go for classic colors of course.

But in case you need something a little more adventurous, the smartwatch will be compatible with traditional watch bands so any 20mm band will fit with all three sizes. Out of the box, you get a S/M and M/L option for your silicone bands but they’ll probably make available other material bands as well. The display is protected by Gorilla Glass DX for the stainless steel model or the DX+ for the aluminum model.

Other specs mentioned about the Galaxy Watch 4 Classic is that it is rated at 5ATM so it can be used in the pool or in the shower. It is MIL-STD-810G certified so it can survive some drops and bruises. And of course, it is one of two smartwatches that will be the first to run on the Samsung and Google platform. We don’t have details yet about this still unnamed co-developed platform but it’s something to look forward to. The smartwatch will also debut the One UI Watch that Samsung announced at the MWC.

We can expect the announcement of the Samsung Galaxy Watch 4 Classic along with the Active version and other foldable smartphones at the Unpacked event this August. As to the exact date or even week, we still have to wait for the official announcement.