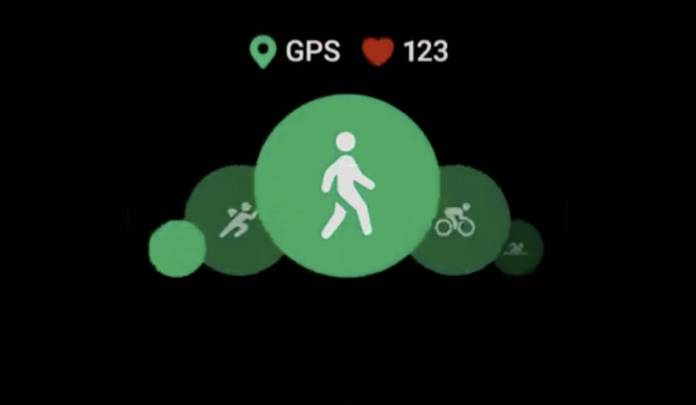 We’re still a couple of weeks away from Samsung’s Unpacked event and one of the devices they’ll supposedly be announcing are new smartwatches, the Galaxy Watch 4 and the Galaxy Watch 4 Classic. Some are pretty excited about these two new wearables as they will be running on Wear OS 3 instead of Samsung’s proprietary Tizen OS. There is a new leaked video that shows off some UI designs and features of the upcoming Samsung smartwatches in anticipation of the launch on August 11.

According to SAM Mobile, the videos show that the smartwatches will indeed be running on Wear OS 3 but with the One UI Watch on top. You’ll notice this because of the app launcher as well as the appearance of other Google services like Google Maps. Some of the things spotted aren’t really surprising like activity and workout tracking, sleep tracking, heart-rate monitor, body fat composition, an altimeter, and a compass.

For those that want to use their smartwatch to monitor their health, there’s also blood pressure monitoring, Sp02 monitoring, ECG, and of course Samsung Health. And since this is Samsung, the video also shows SmartThings Find which will benefit you in the future when you want to, well, find things. There are also a lot of new watch faces from the mechanical to the funky. There are also widgets, customizable watch faces with various backgrounds and widgets.

Previous leaks about the smartwatches say they will have circular Super AMOLED displays with a rotatable bezel for UI navigation and they will be powered by the Exynos W920 processor. It will have 1.5GB RAM, 16GB internal storage, IP68 rating for water and dust resistance, support for Qi wireless charging, and the usual GPS, Bluetooth, Wi-Fi support. The wearables will also have a microphone and a loudspeaker so you can take calls.

The Galaxy Watch 4 and the Galaxy Watch 4 Classic will be unveiled at the Samsung Unpacked event on August 11. Expect more leaks and rumors in the next few weeks before it is officially announced.