Much has been said about the upcoming Samsung Galaxy S8 and S8+. We already saw the “real thing” yesterday and honestly, we were not too impressed. Well, we have yet to get our hands on one and actually use it so for now, we’ll devote ourselves to more leaks and information until Samsung makes an official announcement. We’re already looking forward to the actual launch that will be held in New York on March 29.

We have no complete list yet of the final specs and features but we’ve seen that hands-on video and a number of leaks already. We also learned that it may have soft keys as virtual buttons, same battery capacity as the Note 7, integrate Bixby AI, and have a bigger and better display.

Recently sighted on Geekbench is Samsung SM-G955U which we believe is the Galaxy S8 Plus. The document confirms some of the things we know including the 4GB RAM, Qualcomm Snapdragon 835 processor, and Android 7.0 Nougat. There was only a mention of MSM8998 as the motherboard which we know to be the Snapdragon 835 chipset. 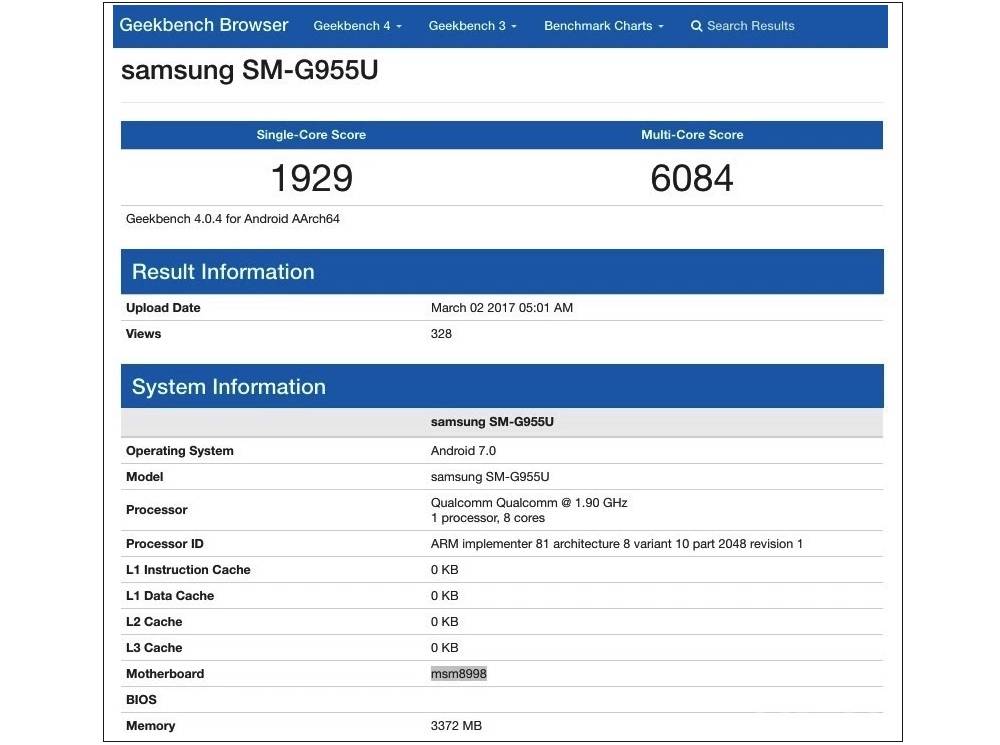 After the March 29 announcement, the Samsung Galaxy S8 duo will be listed for pre-order in the next few weeks before the April 21 commercial release.