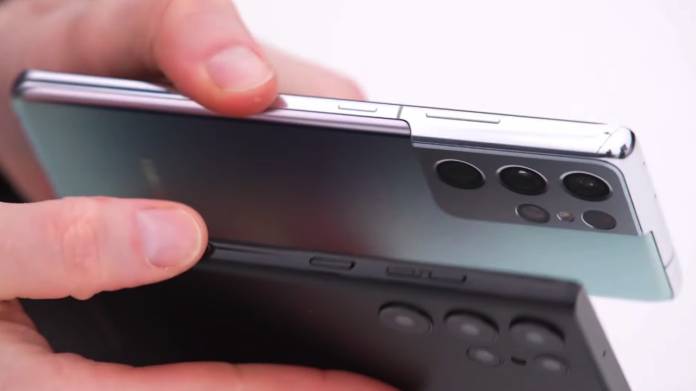 We have seen the Galaxy S22 phones many times already. We’ve lost count of how many leaks and rumors have surfaced. There is no date yet for the next Galaxy Unpacked event but we’re looking at a February launch. There will be three variants: the vanilla Galaxy S22, Galaxy S22+, and the Galaxy S22 Ultra. The latest leak is a video by Unbox Therapy that has since been pulled out. If you have seen it, then you probably know how the phones will look like.

These are said to be dummy units. We’ve seen similar models already and the video simply confirmed some of the things we know.

The Galaxy S22 series will be the next premium flagship from Samsung. There is the P-shaped camera design. The Ultra model looks very similar to the latest Galaxy Note phone.

The phones also look similar to the Galaxy S21. The camera modules are still positioned in the top left part of the phone’s rear. As for the Ultra variant, it appears to be a mix of the Galaxy S21 Ultra and the Galaxy Note 20 Ultra.

Earlier, we shared with you another specs sheet that leaked. The post was mainly about the camera details. The Super Cleans Lens was highlighted. The phones have been presented as well and they look similar to what we have already seen the past few weeks.

The video has confirmed a number of things. The Galaxy S22 will use Snapdragon 898 which is actually Snapdragon 8 Gen 1 or an Exynos 2200 with AMD RDNA 2. The phone series can record 8K videos. A 1TB model may also be ready. That’s enough for you to store all those 8K videos.

There are many details to confirm about the upcoming Galaxy S22 series. We can look forward to an all-glass build. The Ultra camera may have a new macro feature. The phones may also come with 10MP selfie shooters and more.