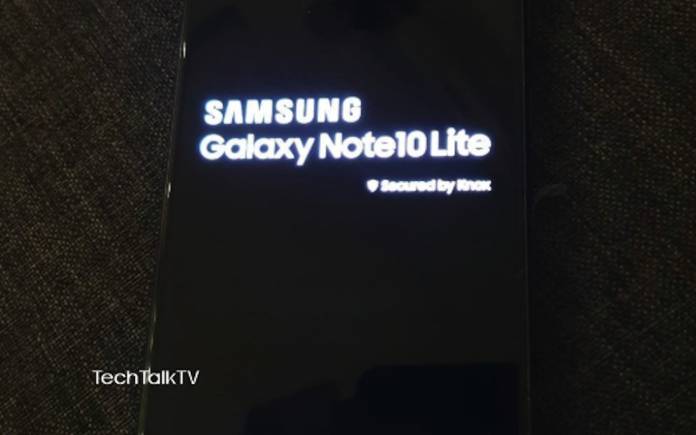 It’s the start of the new year and here we are anticipating new phones and devices. First on our list is the Samsung Galaxy S11 series as the next-gen premium flagship from the top global mobile OEM. But before the Galaxy S11e, Galaxy S11, and Galaxy S11 Plus or the Galaxy S20 are revealed, there is the Galaxy Note 10 Lite which is also expected to arrive with the Galaxy S10 Lite. Much has been said about the two but the following images are the closest we have to the real thing, at least, of the new Note 10 variant.

TechTalkTV shared a few live images over on Twitter (@Mr_TechTalkTV) of the Samsung Galaxy Note 10 Lite. There is no telling the source but the photos look legit. It could be a prototype or an early review unit.

It is a Samsung Galaxy Note 10 Lite as indicated on the bootup screen. The phone looks taller with small bezels. The display isn’t curved as it appears flatter.

When it comes to the rear, there is a rectangular camera module placed on the top-left position. We see three cameras only plus an LED flash. There is no fingerprint sensor so we can expect the same or maybe an improved on-screen fingerprint sensor. 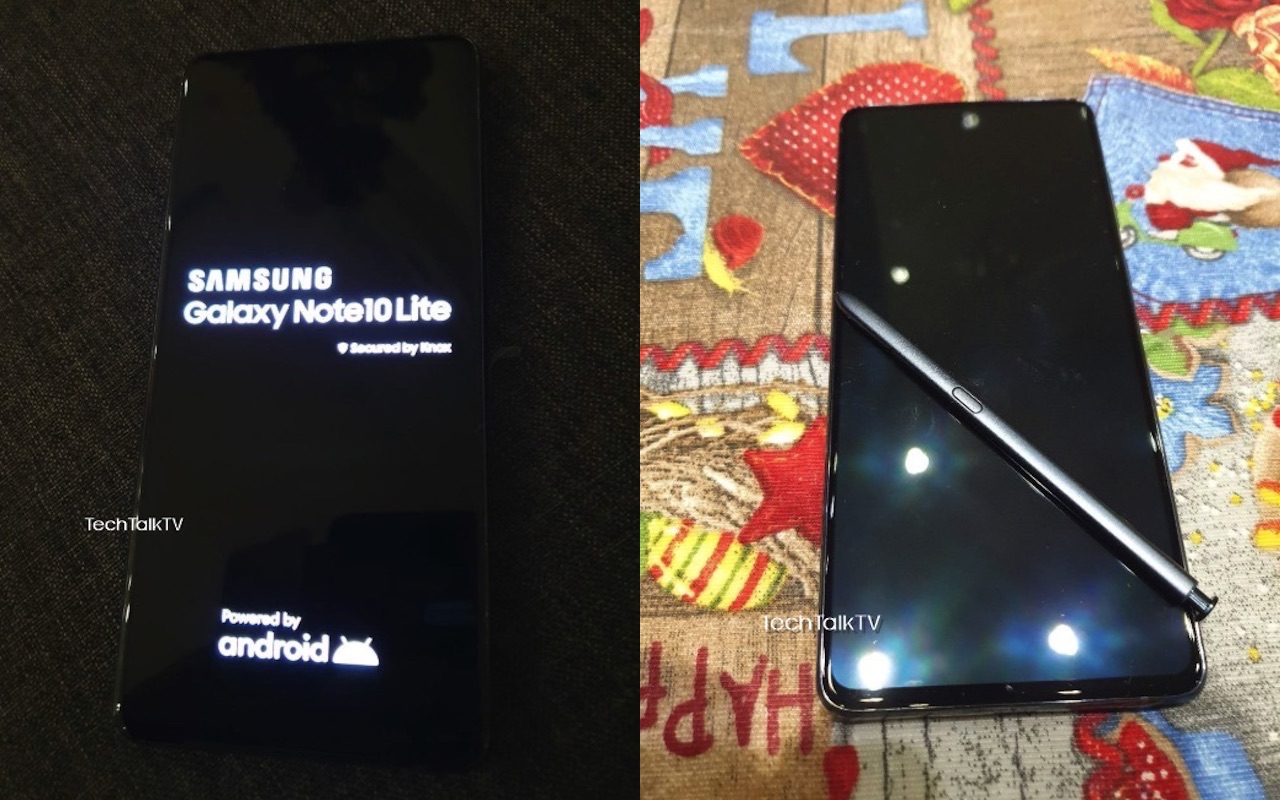 At the front, there is a punch hole in the top center where the selfie camera is located. The phone shows a glossy black build which we are assuming is plastic. We believe it is not the final version. The next one could already be made of metal material.

Samsung Galaxy Note 10 Lite image renders were shared in early December. We knew a Lite version could be in the works and it will reportedly have Bluetooth 5.1 already. The smartphone is arriving very soon and we believe it’s happening this January. The live images actually match the “official” photos that surface a couple of weeks ago but we’ll have to wait and see.